We’ve all seen some sort of videogame marketing ploy that makes us do a double-take. I’m not talking about a bad trailer, or a questionable design decision. These are marketing events, promotions, or presentations that make you wonder if anyone behind them has any idea what they’re doing. These eight examples demonstrate exactly how you shouldn’t approach videogame marketing. 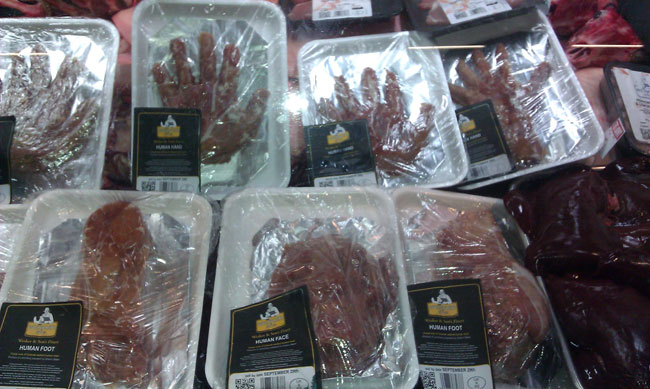 In the run-up to the launch of Resident Evil 6, Capcom decided they needed to get into the public eye in East London. To do this, they opened the “Wesker & Son Human Butchery.” The shop invited customers to purchase a variety of meats. The catch was all of the meat was shaped to resemble human body parts. Human hands, feet, and faces were on display, and although they quickly stated that the meat was not actually human, there’s no denying what a bad idea this was. 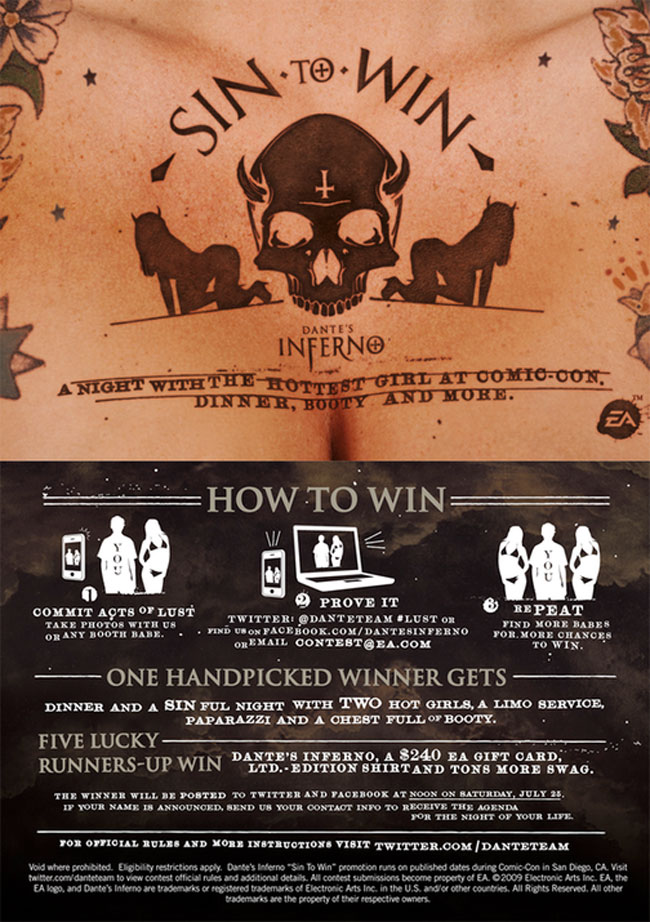 EA’s God of War-like interpretation of Dante Alighieri’s 14th-century epic poem The Divine Comedy raised a stink at San Diego Comic-Con in 2009. As part of their promotion, they spent a month on each circle of Hell. That month was Lust, and so the company sponsored a “Sin to Win” contest. Participants were encouraged to “Commit acts of lust,” by taking photos with booth babes and tweeting them. The grand prize winner would receive, “A night with the hottest girl at Comic-Con, dinner, booty and more.” Needless to say, this didn’t go over well, even though EA included fine print that gave them the right to disqualify entries they found, “inappropriate for any reason, including without limitation, for depicting or mentioning sex, violence, drugs, alcohol and/or inappropriate language.”

In the nearly 12 years I’ve been working in games, I’ve been to a lot of press conferences. Out of all them, Sony’s 2006 E3 media briefing stands out as one of the most tone-deaf affairs of them all. Sony had been the king of the console world for two straight generations, and the hubris that had engendered was on full display. There were giant enemy crabs, Kaz Hirai yelling, “RIIIIDGE RACER!” and of course, the $599 price point for the PlayStation 3. Sony spent years trying to recover from the damage this press conference did, and it was only in the end of its life cycle that the PS3 finally pulled even with the Xbox 360. Surely no one could ever repeat such a massive miscalculation, right? RIGHT? 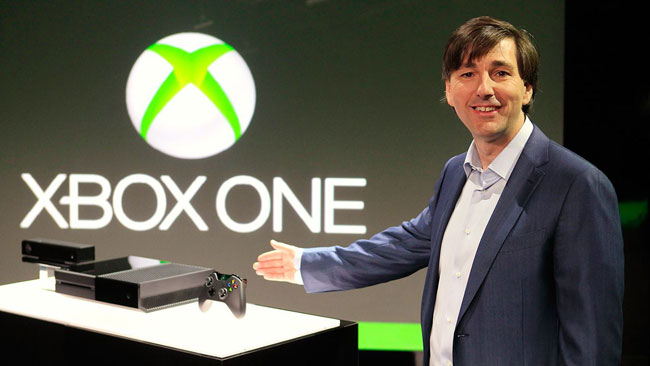 WRONG. After usurping Sony’s position atop the console market thanks to a combination of a great games library for the 360 and the high price of the PS3, Microsoft went and repeated all the same mistakes Sony made when they launched the next generation of consoles at a May 2013 press conference. Not only was the Xbox One expensive ($499), it was actively hostile to gamers’ interests. An online connection was required, games would be tied to one user and not tradeable, and the Kinect had to be connected for the console to function. After Sony announced that the PS4 would do none of these things, Microsoft had to backpedal. They removed many of the features gamers complained about, but the console still has not recovered from the blow it took when it was announced. 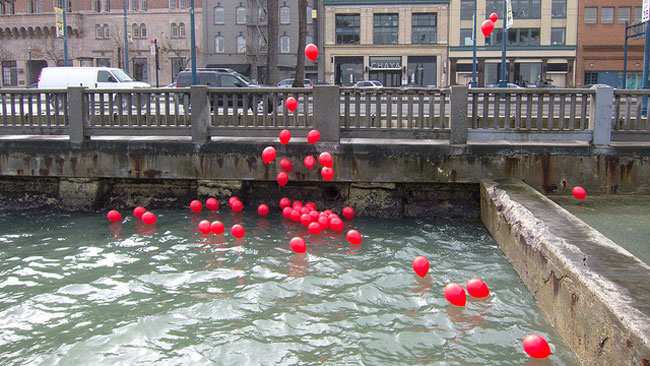 In March of 2011, THQ decided they needed to team up with GameStop to promote their upcoming shooter Homefront during GDC in San Francisco. To do this, they hired a PR firm who released 7,000 red balloons in the city. Unfortunately, many of those balloons ended up in the San Francisco Bay. Residents and Bay Area water control officials were less than amused, and THQ ended up getting smacked with a $7,000 fine. No word on what sort of fine they got for releasing that game, though. 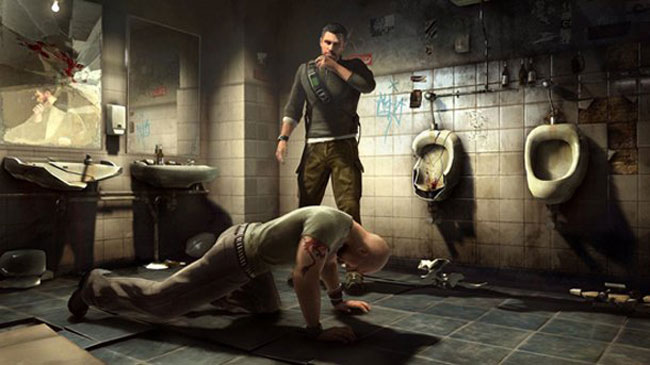 Splinter Cell: Conviction sends an armed man into a bar

After a four-year hiatus, the Splinter Cell series returned in 2010 with a vengeance in Splinter Cell: Conviction. In the run-up to the launch of the game, Ubisoft hired an actor in New Zealand to dress up like a character from the game and go to a bar in Auckland waving a fake gun around. As you might imagine, this didn’t end well. The cops showed up, and the actor was almost shot. Oops. 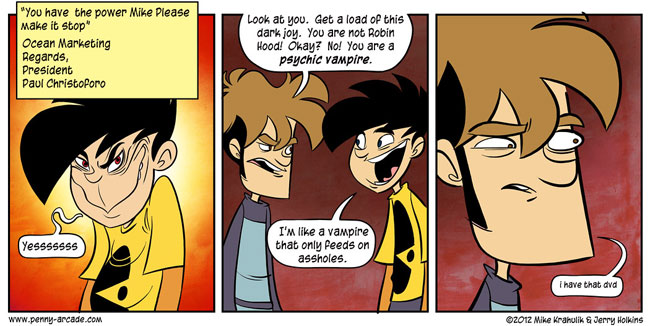 Ocean Marketing shoots itself in the foot

The story of Ocean Marketing is almost too crazy to be real. A guy ordered two game controllers, and when he inquired about them, the PR rep went from unhelpful to abusive in just four emails. The emails got sent to numerous people in the media, including Penny Arcade’s Mike Krahulik. That’s when things really went sideways. Paul Christoforo, the PR rep in question, attacked both his customer and Krahulik, who said that he would make sure Christoforo never got booth space at any PAX show. Things escalated further once the internet grabbed hold of the story, and Christoforo eventually resorted to begging for someone to call off the dogs, all to no avail. His firm was, unsurprisingly, fired from representing the controller company. If you missed any of this craziness, there’s a great recap you can read over on VentureBeat. 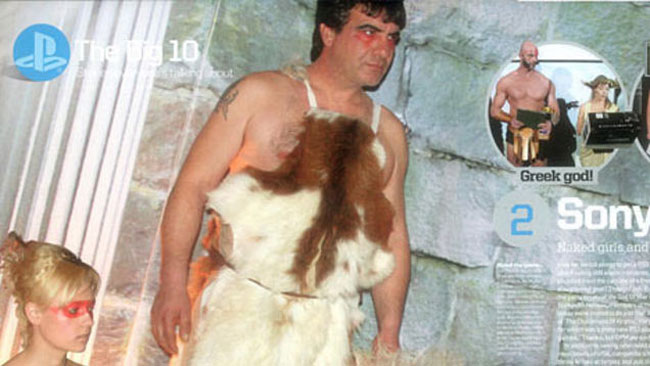 In 2007, Sony launched one of their biggest games at the time – God of War 2. To celebrate, they held a release party. Not the typical thing you’d think of, but an ancient Greek-style bacchanal. It was held in a room made up to look like a Grecian temple. It featured male staff in togas and female staff who were topless except for a bit of body paint. That’s a little iffy, but nothing could top Sony’s pièce de résistance: a decapitated goat carcass. It was meant to represent an animal sacrifice, but as you might expect, animal rights activists were not amused. The party became international news, and Sony ended up apologizing and pulling an entire print run of the Official PlayStation Magazine that featured shots of the events.