Videogame mounts aren’t just a snazzy way to get around. They’re companions, status symbols, and even weapons. No matter what games you play, you probably have a favorite mount, and our community is no different. In this thread on The Escapist forums, our community detailed their favorites, and those favorites inspired this gallery.

Special thanks to Escapist community member The Almighty Aardvark for starting the thread! 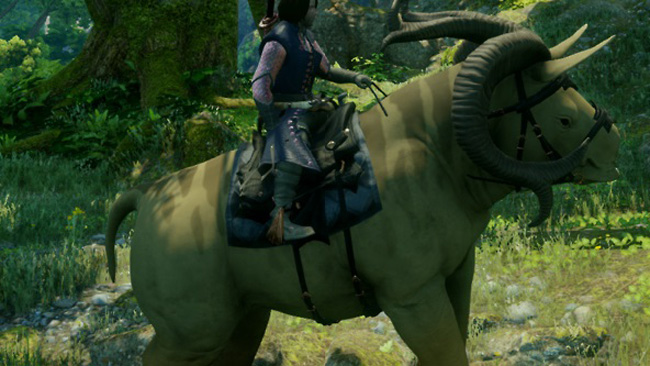 This Nuggalope mount is fairly simple to acquire for Dragon Age: Inquisition players. Simply visit the merchant Deraboam in Val Royeaux (found on the top floor), and purchase the “Mystery Box.” It’ll set you back 10,000 gold, so come with some cash. Once you pick it up, you’ll get a new War table operation called “The Big One?” Finish that, and you’ll have five Nuggalope mounts in the stables at Skyhold fully equipped for battle. 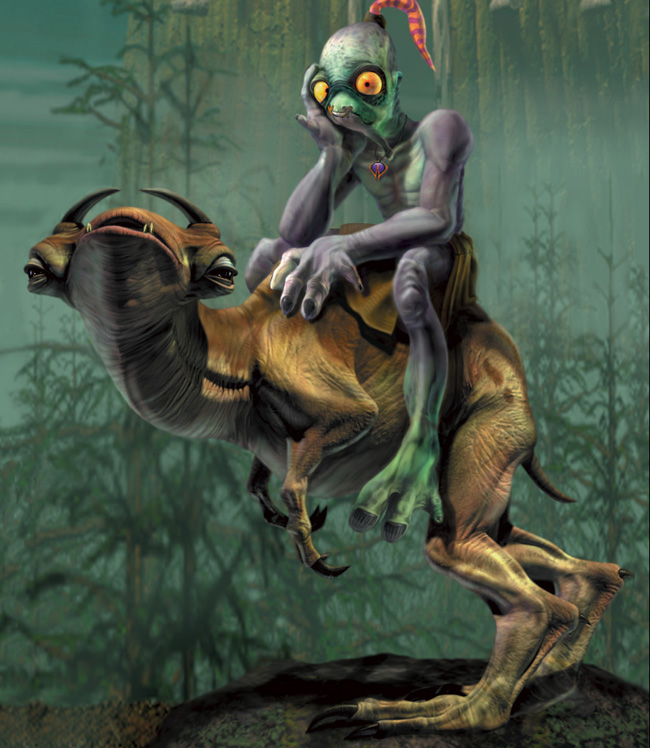 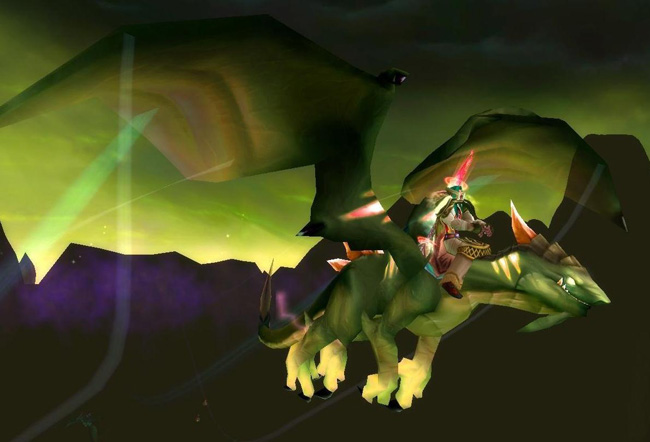 There are over 125 mounts available to any given Horde or Alliance player in World of Warcraft, and there are no shortage of great ones. But among them all, the one I found most rewarding was the Netherwing Drake. Why? Mostly because it took so much time and work to obtain. You didn’t have to pray for a drop, or run a raid a thousand times. You just had to put in the work, and you could get one. You’d do daily quests, egg hunts, and more while you watched that rep bar slowly fill up. Once you got your hands on it, you really appreciated it. Some of us even bought extras in multiple colors. 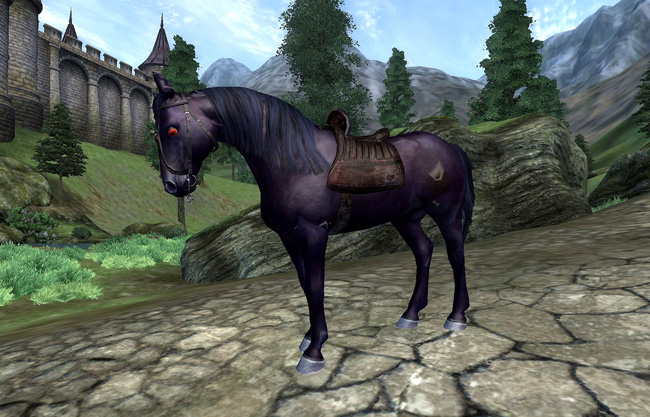 Shadowmere is a horse that once belonged to Lucien Lachance of the Dark Brotherhood. It’s passed on to the Hero of Kvatch after completion of the quest “The Purification.” Not only is Shadowmere the fastest horse available in the game, but she can also climb inclines that the player cannot. In addition, she is very aggressive and has high health, which makes her a valuable ally in combat. As she’s an essential character in the game, she can’t be killed. Instead, if her health falls to zero, she falls unconscious, reviving a short time later. There was even a storage exploit that allowed her to carry infinite items, as long as you knocked her out first to access them. 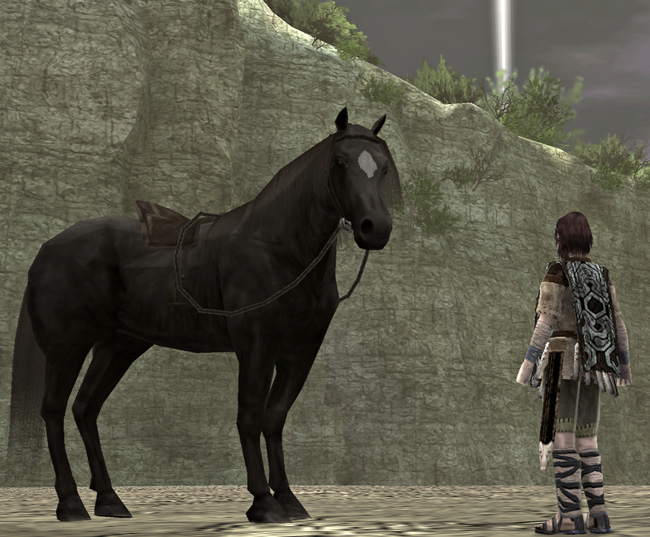 Agro (Shadow of the Colossus)
First mentioned by The Almighty Aardvark

Wander’s loyal horse from Shadow of the Colossus definitely deserves a spot on this list. Not only does she use her speed to help Wander keep up with or escape enemies, she even appears to sacrifice herself for Wander on the bridge to the final Colossus. Although she does survive, she’s limping on injured hind leg when next we see her. One little tip you may not know: if you start a new Shadow of the Colossus game with an Ico save game on your memory card, the marking on Agro’s head will change to an “I” shaped patch matching the Ico logo. 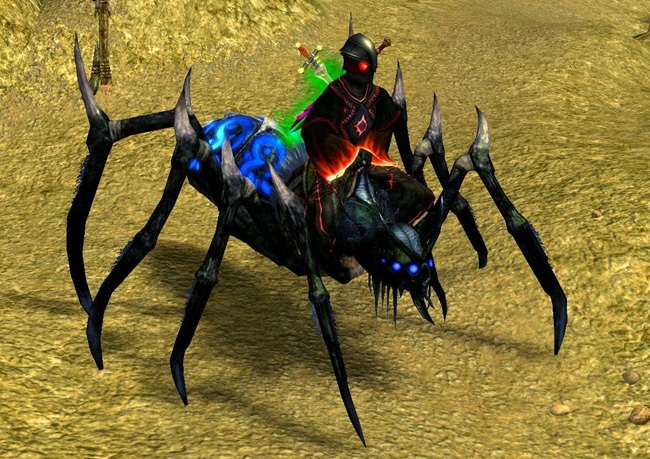 If you played an Inquisitor in Sacred 2, you got to ride around on the coolest mount of all: a giant spider. You could even pick from four different options, each with a unique buff. Three offered aspect bonuses (Astute Supremacy, Nefarious Netherworld, or Gruesome Inquisition), while the fourth gave a bonus to attack and defense values. Once the Ice & Blood expansion came out, each of the spiders got a unique armor as well. 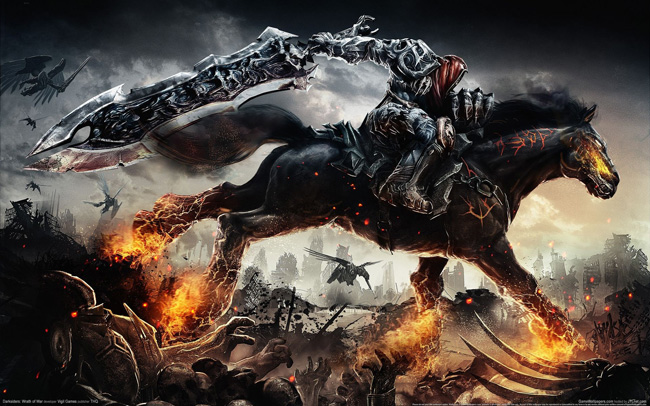 Ruin is one of my personal favorite mounts of all time. War frees Ruin from his demonic captors in the Ashlands, regains his trust, and Ruin serves as his mount for the rest of the series. He appears as a large, Clydesdale-like horse shrouded in fire and smoke. Ruin boosts War’s melee attack, and can even phase through objects or monsters. Ruin also has his own abilities, including a stomp attack and speedy dash. He’s one of the most iconic mounts in any game. 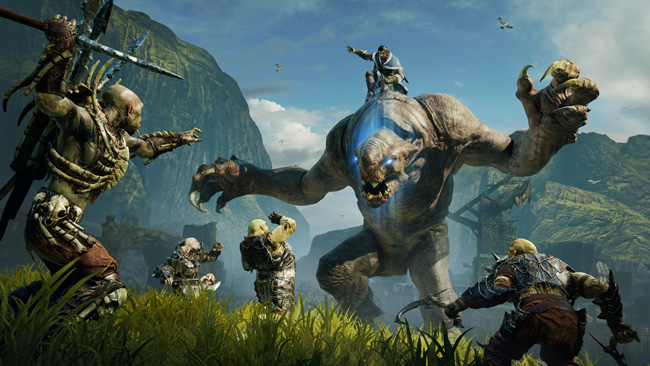 The last mount on the list is a reluctant mount at best. Shadow of Mordor’s Graug is an amphibious creature that resembles a giant troll. The huge beast has massive claws and teeth, and they can be hard to take down due to their natural armor. That said, if you can sneak up on the Graug and slice its ankles, then fire an Elf-shot into its head, you can dominate the beast and use it as a mount. Since that means you get to rampage around and smash your enemies with a giant monster, you’re going to want to do that.