Spread in trade magazines and on playgrounds, video game urban legends are a fun little corner of the gaming community. There’s no end to the hoaxes, fakes, and spooky stories revolving around video game, but here I’m going to focus on 8 (mostly) pre-internet tall tails.

And the best urban legends have a little touch of the truth. 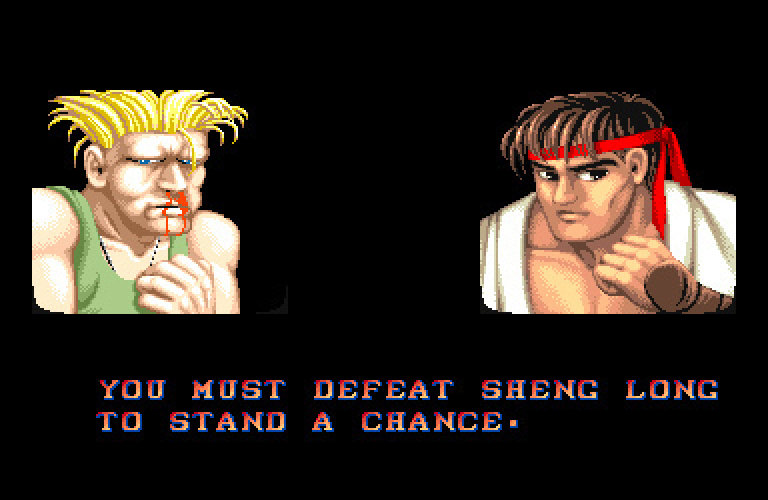 One of the biggest video games hoaxes exists because of a bizarrely bad translation in the North American edition of Street Fighter 2. Everyone’s favorite milquetoast fighter in a white gi, Ryu, is the main culprit, cryptically stating that “You must defeat Sheng Long to stand a chance.” Who is Sheng Long?

He’s nobody. He doesn’t exist. Sheng Long is a mistranslation of Ryu’s special move, the Shoryuken. But that hasn’t stopped rapid fans for calling on Sheng Long’s phantom inclusion in future entries. Thanks to a prank by the magazine Electronic Gaming Monthly (EGM), players were lead to believe that Sheng Long was a secret character that could be unlocked – if you completing the game in a hilariously difficult way. 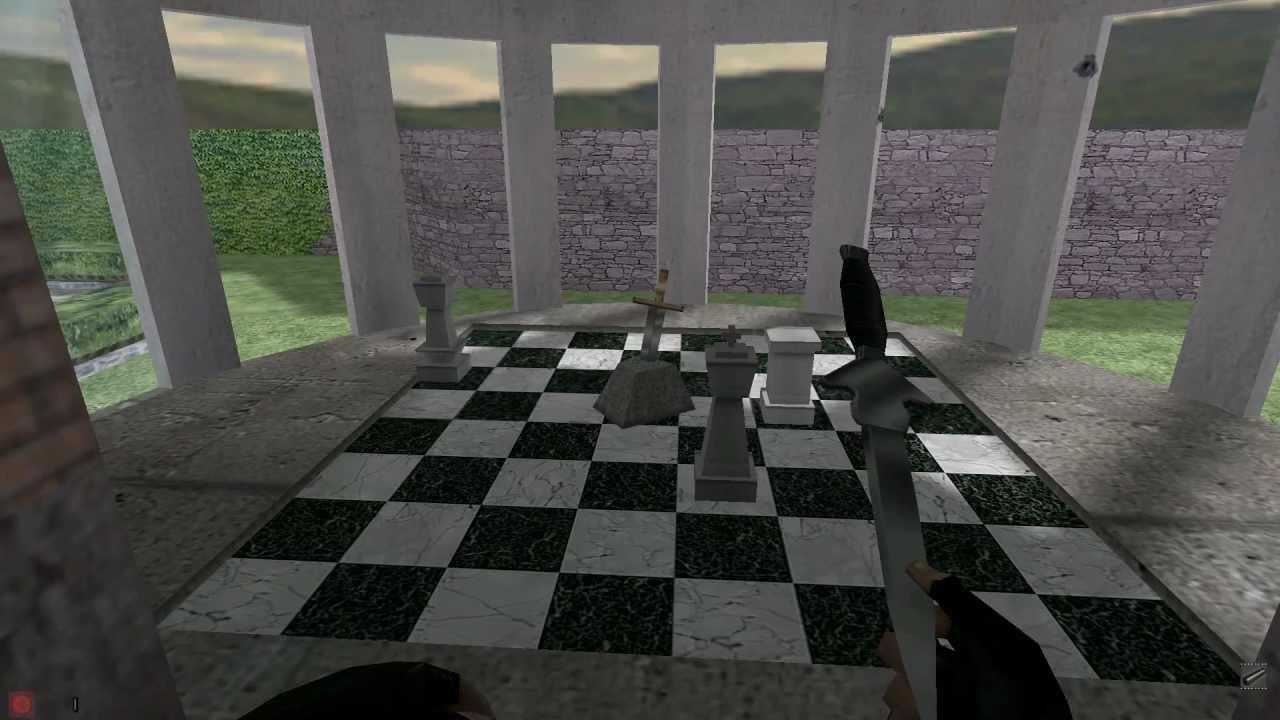 The Maddening Secrets Of Hondo

The precursor to our modern scourge of insane Easter eggs in every Call of Duty: Zombies map was a little map-maker named Hondo. Brian McClelland, a.k.a. Hondo, built multiplayer maps for Action: Half-Life, a popular Half-Life mod that added an extra layer of John Woo action movie paint to vanilla Half-Life multiplayer. But, there was always something weird under the surface of Hondo’s amazing maps.

Hondo’s maps were filled with weird, creepy, and bizarre secrets that just kept going. Each secret opened up a meta-narrative, and some maps’ narratives connected into short stories, continuing on or revealing new strange secrets to anyone that dug deep enough. Many of Hondo’s maps are confirmed to feature secret stages and “endings” – and there’s no way to know if we’ve found every secret Hondo has to offer. 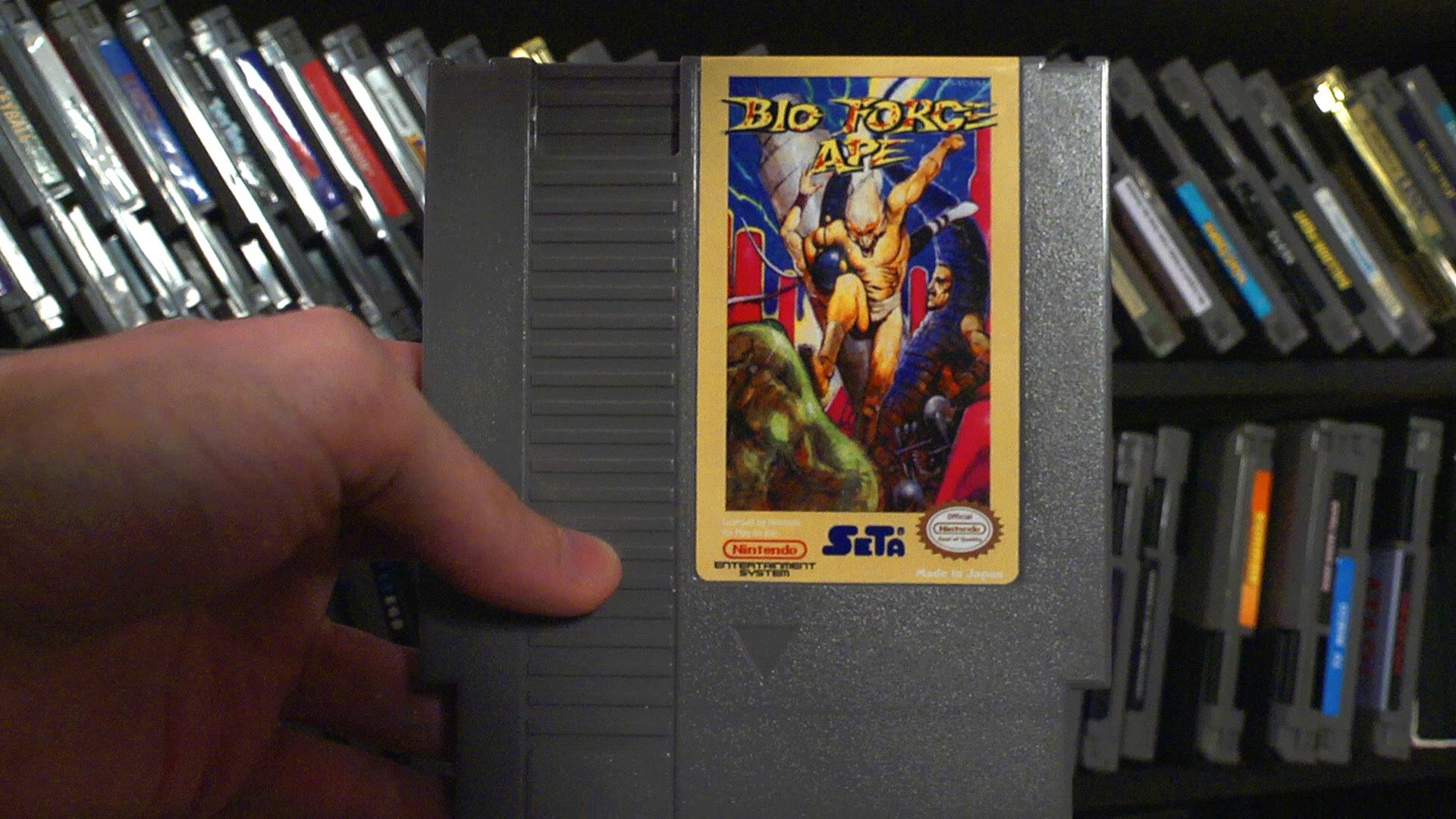 Created in 1992, the oddly titled Bio Force Ape is a very real (and very unreleased) NES side-scroller. It’s a well-known little game, in certain circles, and revolves around a super-powered ape trying to save his kidnapped creators. Most of the hilarity is in the name, but collectors have always wanted to find a true, physical copy of the game.

Collector’s dreams came true in 2005 when a man named Paul Brown announced that he’d acquired a prototype cartridge of Bio Force Ape. Forum battles ensued, as opposed groups argued the validity of the claims, and whether the cartridge ROM should be dumped, or if the cartridge should be sold for big bucks. Well, none of those things happened. In desperate, Paul Brown posed a picture of the smashed cartridge, lamenting that he needed to destroy it due to all the problems it caused. 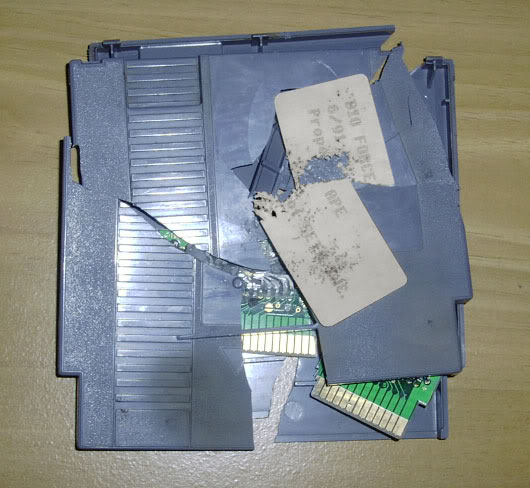 And of course it was all a practical joke. Things get stranger – in 2010, Paul Brown (the same hoaxster) notified the website Lost Levels about a real prototype Bio Force Ape cartridge. The vaporware website managed to get the cartridge and dump the ROM, where it is now available to download for emulators everywhere.

Polybius Is A Government Experiment

If you’re playing Polybius, the government is watching you. The strange story of Polybius, a seemingly simple arcade cabinet first appeared in the 1990s, spreading stories that playing this Tempest-like knockoff could cause nausea, memory loss, nightmares, seizures, or even suicide. The tall-tail is amorphous, always changing with no solid structure to the basic story – just that a simple arcade cabinet causes problems, and the government is involved… somehow.

What makes Polybius so interesting is that the stories themselves originated before the dawn of the internet, but the internet has allowed the story to spread – you can even play flash-developed versions of Polybius. The game even exists as a new release for Playstation 4 and Playstation VR.

The strangeness doesn’t stop here. The origin of Polybius is, apparently, revealed by the developers of Tempest. In the early versions, players complained of vertigo and motion sickness due to the game’s movement – the tunnel shifted instead of the player’s ship. This was removed from future versions, but arcade owners didn’t forget the “men in black” game developers taking notes from the side-lines and observing early testers. 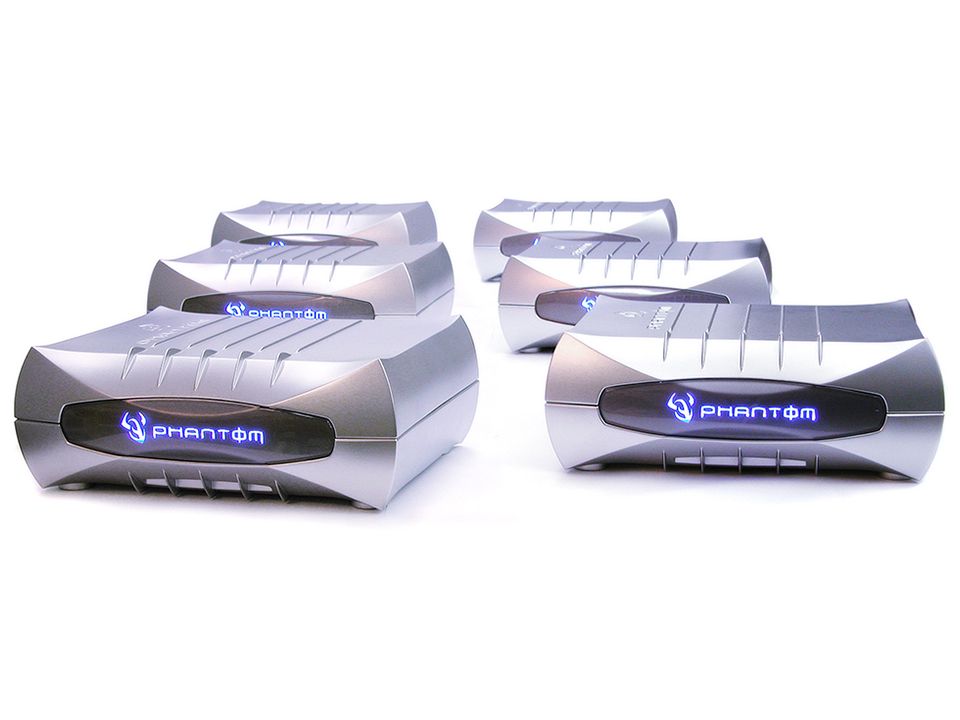 The Phantom, a brand new console that promised gaming on demand in 2004, made big waves before quickly devolving into a joke – a common punchline that the Phantom console was in actuality a figment of one company’s imagination. The jokes were surprisingly spot-on. The Phantom was devised by Phantom Entertainment (or Infinium Labs up until 2006) and marketed heavily at E3.

According to promises from Infinium Labs, the Phantom was designed to play all current and future PC game releases, and feature a direct download content delivery service. Out of nowhere, there were promises of a Q1 2004 release date, which was pushed to January 2005, then to March 2005, and finally promising a fall 2005 release. Then it disappeared.

This story ends in a not-so-surprising way. In 2006, the SEC (Securities and Exchange Commission) accused then-CEO and founder Timothy Roberts of running a “pump and dump” scheme – basically, inflating cheaply-acquired stock prices before selling off and earning a fast profit. The Phantom, as it turns out, was always just that – vaporware. 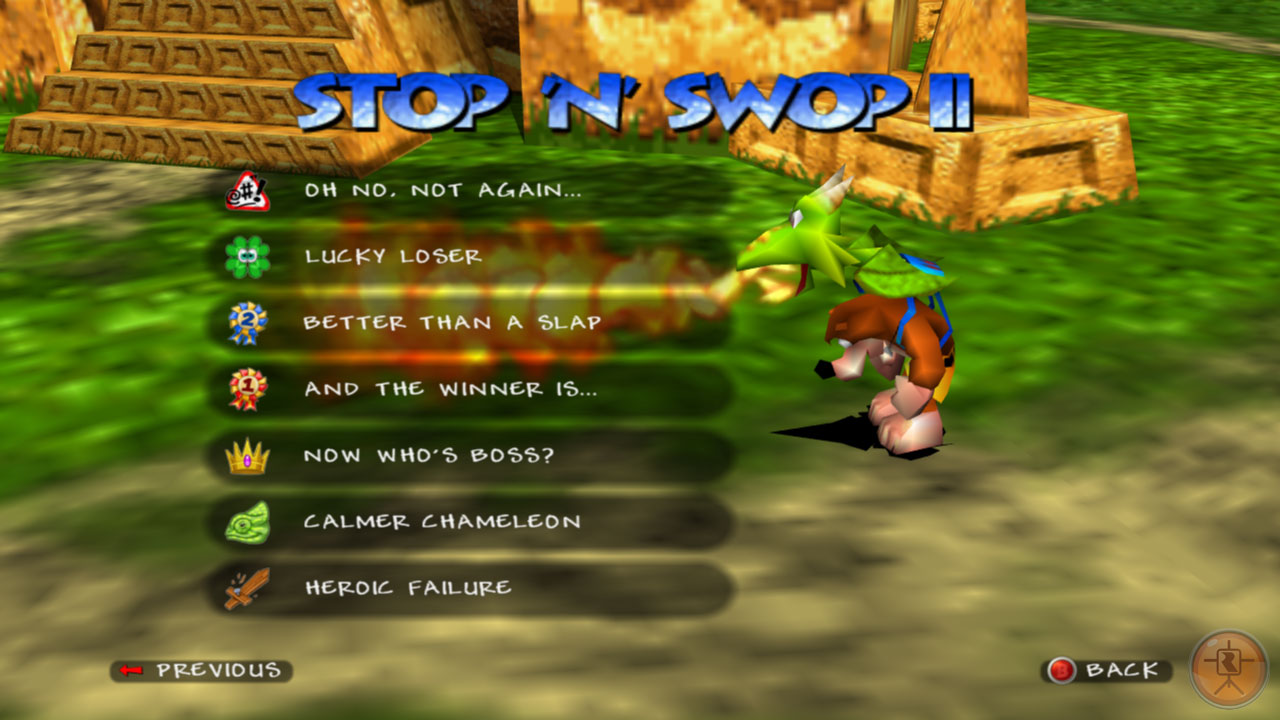 Here’s something that’s 100% true for once. By inputting special cheat codes that were never intended for player use (and that were extracted from the game’s ROM) players could collect unique items that appear on a new menu called “Stop n’ Swop.” Basically, these items were intended to be used in the sequel, Banjo-Tooie – you’d hot-swap between the two cartridges and unlock stuff on Nintendo 64.

As anyone that’s played Banjo-Tooie knows, this feature never made it into the game proper. But, the story of the Stop n’ Swop doesn’t end there. Future Rare games feature tons of nods to the mysterious feature, included Grabbed By the Ghoulies.

And Stop n’ Swop didn’t end as an Easter egg either. The feature was finally used, as intended, for the XBLA versions of Banjo-Kazooie, Banjo-Tooie, and Banjo-Kazooie: Nuts & Bolts. Finding rare items in one game unlocks bonuses in the others. It’s crazy, but it only took ten years to become a reality on a completely different console, for a completely different company. 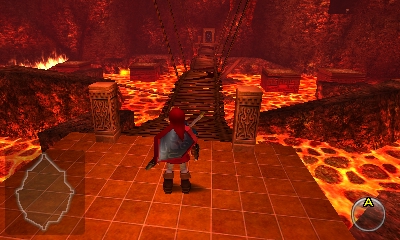 The Legend of Zelda: Ocarina of Time is a standard-bearer for the Nintendo 64, and a game every kid with the 64-bit console owned. Multiple versions were released, and some things were changed between versions – a glitch letting Link run around Hyrule swordless was removed, for instance. Patching mistakes makes sense, but one change has left plenty of kids confused.

The Fire Temple song was removed. In the pre-internet age, wild speculation left us dumb kids asking the obvious question; why? Was it Satanic? Was the music giving children nightmares? Did it involve subliminal messages, cause sickness, or put you on a government watch list? The reality was much less exciting.

The Fire Temple music includes passages of an Islamic Call to Prayer. Naturally, that didn’t sit right with people, and they contacted Nintendo. Along with the removal of the music, Gonan’s blood was also changed from red to green. Any version that isn’t a gold-painted original cartridge comes with these updates. And a little less mystery exists in the world. 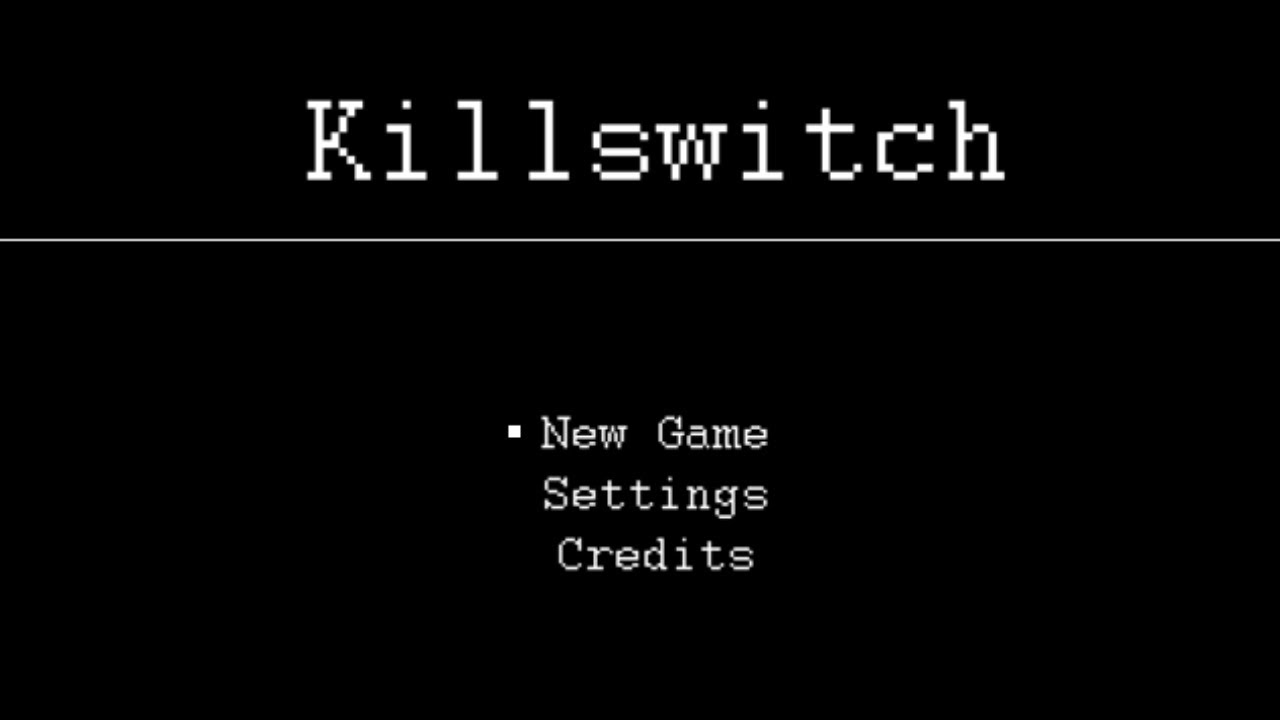 No, not the relatively recent Killswitch that partially inspired Gears of War and all future 3rd person shooter – we’re looking further back to the year 1989 when a development group called Karvina Corp. released a puzzle-adventure game for PC called Killswitch. The gameplay isn’t what makes the game interesting. It’s all about what happens when the game ends.

Upon completion, Killswitch deletes all traces of itself. Only 5,000 copies were released, and no more copies were printed. Why the small supply and deletion? Here’s what the people at Karvina had to say.

Killswitch was designed to be a unique playing experience: like reality, it is unrepeatable, unretrievable,and illogical. One might even say ineffable. Death is final; death is complete. The fates of Porto and her beloved Ghast are as unknowable as our own. It is the desire of the Karvina Corporation that this be so, and we ask our customers to respect that desire. Rest assured Karvina will continue to provide the highest quality of games to the West, and that Killswitch is merely one among our many wonders.

It’s a strange, Russian little oddity that (some report) has never been truly finished, as certain puzzles were never solved. Copies of the game sell for insane prices – in 2005, one copy was sold for $733,000 dollars to Yamamoto Ryuichi of Tokyo. It just might be the last working copy in existence.

And no, the game doesn’t really exist. Like Shen Long, Killswitch is complete fabrication. No such game exists, but it sure sounds interesting, doesn’t it?