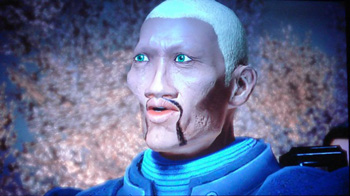 BioWare is working on a fix for a bug that prevents the importation of faces in Mass Effect 3 and in the meantime says afflicted users might find some relief from a fan-made tool.

If you’re among the many gamers who gave Commander Shepard a face of his own in Mass Effect and then imported that face into Mass Effect 2, you may have run into a problem with Mass Effect 3: a glitch that prevents that face from being recognized. It’s not as bad as losing all your saved games, but for gamers dedicated enough to carry a custom Shepard across three games, it has to be infuriating. And while BioWare doesn’t seem to know exactly why it’s happening just yet, the studio is aware of the problem and is working to correct it.

In the meantime, Priestly pointed to a fan-made tool that might do PC users some good at masseffecttools.99k.org. Console gamers, unfortunately, will have to wait until BioWare issues a proper fix, but at least there’s some comfort in knowing that it’s on the way.

Buy a Steampunk Version of The Addams Family‘s Thing for $1,400