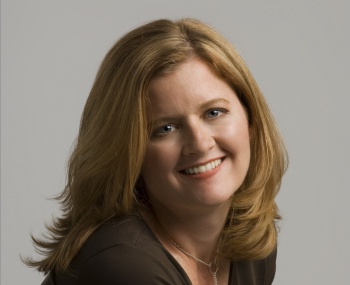 One of gaming’s greatest writers is sick of the medium’s attitude towards stories.

Susan O’Connor knows a thing or two about writing for video games. A games writer for nearly a decade, she’s worked on titles like Bioshock, Far Cry 2, and this year’s Tomb Raider reboot. Those games are often heralded as superb examples of games with good writing, and certainly represent a high point in O’Connor’s career. But from her perspective, games still have a long way to go before their stories can compete with other mediums – and if this is the best we can achieve, she’s not sure it’s worth sticking around.

“I think games are all for good story,” O’Connor says, “but they really have to justify ‘Why am I shooting everything?'” Speaking with Gameological, she explained that game stories are so often an afterthought, providing only enough effort to keep the player moving from one level to the next. As she sees it, it’s a consequence of the lopsided ratios of technical staff to creative staff in development studios – which implicitly shifts the studio’s mindset from creating entertainment to developing software. “That’s not a bad thing. I think the key is where a person’s passion lies … but I really want to tell different kinds of stories, and I don’t know if games are the right place for the stories I want to tell.”

As the interview progressed, it became clear that this industry’s hurdles are far from a minor issue to her. “I don’t want to put up with this shit anymore,” O’Connor said. “I’m grateful for the success I’ve had, but I’m never going to be able to do work that can come anywhere close to the kind of emotional impact the stories in other media have, at least not in the next five to ten years. I love stories, and I just happened to fall into games. I’ve learned who I am as a writer, and I think my talents and skills are much better used in other places.

“It’s been an ongoing dissatisfaction that’s always been there. But the more savvy I got – and I’ve been working on these great projects that are arguably the best ever made – it’s like, ‘This is the mountaintop, and this still isn’t cutting it.'”

That may sound like a letter of resignation to the world of games, but O’Connor says she’s still “in the process of making this decision.” She does admittedly have a point – games need to prove themselves capable of channeling great stories, or the talent pool is growing to dry up.