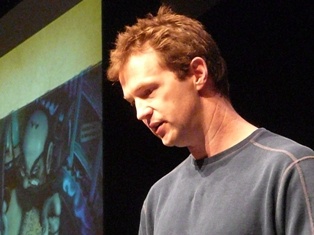 Rob Pardo from Blizzard said that the team has been improving the matchmaking in Battle.net and they’ve thought about licensing the service to third parties.

Last week, fellow games editor John Funk and I were arguing about whether Blizzard was ever going to try to sell its Battle.net service to other developers or keep it proprietary. I didn’t think that was Blizzard’s modus operandi, they are usually only out for themselves, but Funk brought up a good point: Why not? At a panel at GDC 2010 on the future connectivity of games, I was able to ask Blizzard executive, Rob Pardo, about licensing Battle.net and settle the argument with Funk once and for all.

“It’s something that we’ve definitely always talked about,” Pardo said. “The problem for us is that it takes a lot of work from our other teams. Every time we have the discussion, we try to figure out what’s going to happen if let’s say a Blizzard game was coming out and a third party game was coming out at the same time. Could we be agnostic in that way? Could we offer the same level of support that we offer our games to third parties? We just never know. It just seems like a big job for us.”

Pardo did mention that they are in essence testing a system out with the StarCraft 2 Map Marketplace. “I think that will be a really good test-bed for us to see how much support we have to give to mapmakers and how well we can do something like that.”

So there you go. Both Funk and I were right really. Blizzard is, in fact, looking out for Numero Uno, but they are at least considering the possibility of licensing Battle.net to other parties in the future.