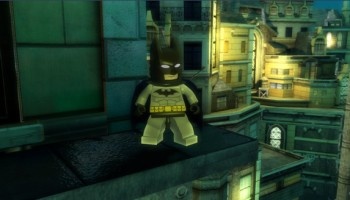 The Campaign for a Commercial-Free Childhood has announced the candidates for its first-ever Toys Oppressive And Destructive to Young Children (TOADY) award, which naturally includes a videogame – but probably not one you’d expect.

Grand Theft Auto 4? Dead Space? Condemned 2: Bloodshot? No, the game found most award-worthy is none other than LEGO Batman, which falls under the CCFC’s baleful glare for its crass commercialism, violent content and promotion of The Dark Knight movie to young children.

“How do you turn the ultimate creative toy into a symbol of commercialized childhood? Begin by partnering with media companies to sell that toy in branded kits designed for recreating movies like Star Wars, rather than creative construction,” the CCFC website says. “Then, dispense with hands-on building altogether by turning your toy into a video game so that instead of deciding what to build next, children choose which cyber weapons to use to beat up their opponent. Finally, ignore the fact it was rated suitable for ages 10 & up and partner with McDonald’s for a Happy Meal toy giveaway to simultaneously promote the video game, junk food, and the violent Dark Knight movie series to preschoolers.”

It’s an odd choice at first glance, but it does actually fit well with the motif the CCFC seems to be shooting for: The corruption of childhood by the hyper-commercialization of toys. Other nominees for the award include the new Baby Alive toy from Hasbro (with real pooping action, including non-reusable food packets and diapers), the Power Wheels Cadillac Escalade (“Now your three-year-old can drive their own icon of excess… teach your children to love their gas guzzlers”), the Fisher Price Smart Cycle (“Why ride a tricycle outside when you can stay inside and peddle in front of a screen?”) and the Barbie Dallas Cowboys Cheerleader Doll (“Recommended for ages five and up so girls can learn at a young age that they don’t belong in the game – they belong on the sideline cheering for boys.”).

I can’t speak for anyone else, but given the atrocities perpetrated on “real” LEGO characters during my childhood I’d think watching LEGO Batman punch out a few LEGO bad guys would be a welcome break from the horror.