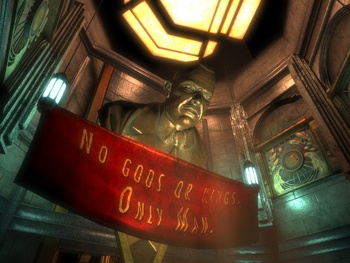 Billionaire investor and corporate raider Carl Icahn has used his clout at Take-Two to force a change in the company’s board of directors, replacing three members, including CEO Ben Feder, with his own people.

Icahn, one of the richest men in the world, is a self-described “shareholder activist” notorious for his aggressive approach toward companies he holds an interest in, such as when he launched an action against the Yahoo board of directors in 2008 after it was unable to seal the deal in an attempted buyout by Microsoft. Icahn eventually forced changes that included the expansion of the Yahoo board to make room for the addition of three new members of his choosing, including Icahn himself.

And now, as the saying goes, it’s like deja-vu all over again, except this time Icahn is throwing his muscle around at Take-Two. Icahn increased his stake in the company in December 2009 to become its second-largest shareholder and now he’s using that position to do a little housecleaning: In exchange for voting for the company’s full slate of board nominees at the 2010 stockholder meeting, three current members of the board have agreed not to stand for re-election in order to make room for candidates of Icahn’s choosing, including his son Brett.

The board members who agreed to step aside are taking one for the team, said Chairman Strauss Zelnick, who pointed out that Icahn was not seeking the removal of any specific people. Among them is Take-Two CEO Ben Feder, although he will continue to hold the position of chief executive at the company. “It’s important to note that Mr. Icahn did not request that these directors in particular step down,” Zelnick said. “They were willing to continue in their role but agreed not to stand for re-election in keeping with their commitment to the company and desire to put the best interests of stockholders first, as they have done throughout their tenure on the board.”

“Advancing our stockholders’ interests is the board’s guiding principle, and it’s in that spirit that we’ve undertaken a change in board representation,” he continued. “We have much to accomplish at Take-Two in the year ahead, and we welcome the new directors who each have experience in the entertainment industry and will help us achieve our objectives.”

So why do we care if some super-rich guy flexes his corporate muscle and forces a few anonymous executive types to swap seats? Because, as industry analyst Michael Pachter pointed out, Take-Two makes fantastic games but its commitment to “high expectations and high quality standards” leads to delays and other problems that hamper its shipping schedules and, inevitably, its value. “If Take-Two can deliver its franchises on a more compressed schedule, its earnings power would essentially double, and the stock would command a much higher price,” Pachter said.

Icahn’s not the kind of guy who will sit by quietly when he sees an opportunity to maximize profits and shareholder value, and if he happens to agree with Pachter’s assessment we could be seeing some whips cracking and hammers falling at Take-Two in very short order. That might put Take-Two on a tighter and more reliable shipping schedule, but looking at it pessimistically, it could also mean the slow erosion of the company’s approach to quality game creation. We’ve seen it before and we could be seeing it again: Maximizing shareholder value and making great games don’t necessarily go hand-in-hand.