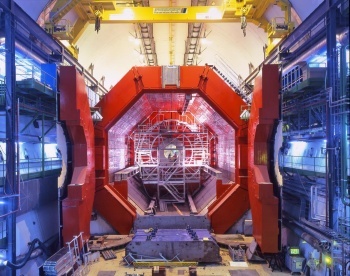 A lawsuit against the Large Hadron Collider has been dismissed because, according to the judge, it won’t be the Americans’ fault if the French and the Swiss suck the world into a black hole.

The Large Hadron Collider is the largest and most powerful particle accelerator in the world, built inside a 17-mile circular tunnel several hundred feet below the ground on the border between France and Switzerland. It was built by the European Organization for Nuclear Research (CERN) with input from thousands of scientists from over 100 countries, and is expected to open a whole new realm of scientific understanding to the world. Unless it blows the joint up first, that is.

That’s the concern of Hawaiian man Walter Wagner, who filed a lawsuit in 2008 in order to keep the LHC from going live and bringing about the destruction of the planet through the creation of artificial black holes, strangelets or other such apocalyptic phenomena. The suit was dismissed on the grounds that the court had no jurisdiction over the project, but with the very future of humanity at stake, Wagner persisted.

Unfortunately (especially if he’s right), his appeal his now been dismissed as well, for essentially the same reason. A United States District Court Appellate Judge has ruled that Wagner has failed to establish any “credible threat of harm,” writing, “At most, Wagner has alleged that experiments at the Large Hadron Collider (the ‘Collider’) have ‘potential adverse consequences.’ Speculative fear of future harm does not constitute an injury in fact sufficient to confer standing.”

And even if he had established a credible threat of harm, the judge noted that the U.S. has no control over the operation of the LHC, which is owned, managed and controller entirely by CERN. “The U.S. government enjoys only observer status on the CERN council, and has no control over CERN or its operations,” the judge wrote. “Accordingly, the alleged injury, destruction of the Earth, is in no way attributable to the U.S. government’s failure to draft an environmental impact statement.”

This isn’t Wagner’s first attempt to stop the collision of particles in the name of physics. In 1999 he expressed concerns about the Brookhaven National Laboratory’s Relativistic Heavy Ion Collider (RHIC), eventually leading to the publication of the “Review of ‘Speculative Disaster Scenarios’ at RHIC” report (PDF format) that explained why the collider would not bring about the end of the world. CERN offers similarly reassuring reading for the LHC.

Readers who wish to stay abreast of the Large Hadron Collider’s impact on the future of the planet are invited to monitor www.hasthelargehadroncolliderdestroyedtheworldyet.com for updates.