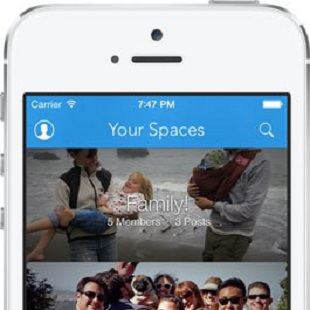 New Moments app will drill your Facebook friends list down to the close friends, family of your choosing.

A report by TechCrunch is peeling back the shroud on a new Facebook mobile app project. Codenamed “Moments,” the new in-development app is an answer to many a Facebook users problems: Sharing with, and viewing posts from too many users.

Facebook has its shortcomings, but it’s a powerful tool that keeps millions upon millions of people connected. But sometimes filtering through 500 people’s worth of stuff (or rather, having Facebook’s algorithms do it for you, willingly or not), is too much. Moments, which is likened to Cluster by TC (and seen in the included image), will encourage “micro-sharing,” keeping the images, thoughts, and posts you choose to a select number of chosen users. Ideally, this means your family and closest friends…or just your closest friends, if there’s, um, moments you want to keep mom’s eyes away from.

Moments is in an internal test phase at Facebook, allowing company employees the chance to try the app, and root out any bugs in play. The report also says there’s no definitive timetable for launching Moments, which means it could get shelved for other ideas or acquisitions. Whether Moments makes it to the public or not, it’s clear that Facebook is putting a lot of effort into making its social platform more tight-knit and intimate, when necessary.

If Moments ever does go live, it wouldn’t be the first time Facebook stripped out a desired feature-set into a standalone app. The Messenger app is quickly becoming a requirement, as Facebook looks to take the chat feature out of Facebook proper. And Instagram has always been a standalone offering, even after the company’s acquisition in 2012.