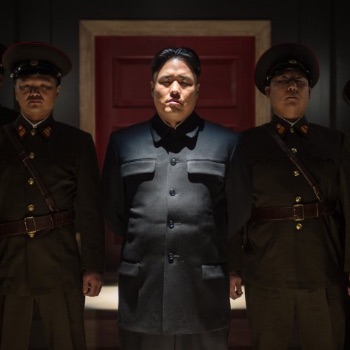 If you were hoping to catch Sony’s controversial The Interview but weren’t located near one of the indie theaters showing the film on Christmas, you’re in luck because Sony is making The Interview available for online rental or purchase. That’s right, just a week after Sony canceled the release of The Interview, it’s both playing in theaters and available online.

This either a heck of an about-face by Sony Pictures or it’s an amazing viral advertising campaign. But however we got here, you can find The Interview on Google Play, YouTube Movies, Xbox Video, or Sony’s website starting at 10AM PT on December 24th. While these are the only places that have The Interview right now, Sony says it’s continuing to work to get the film available on more platforms — so it may yet show up on iTunes, Amazon, or even the much-rumored Netflix before this is all over.

If you’re looking to catch The Interview, a rental will set you back $5.99 while you can buy the movie for $14.99. Happy viewing!

How Agents of S.H.I.E.L.D. Just Blew Up the Marvel Universe