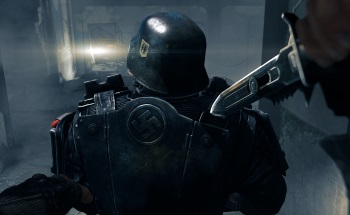 A couple of years ago I made a video talking about megatextures, which is the technology behind Rage. At the time I noted that Rage was a little over 20 gigabytes in size, mostly due to the unusual way megatextures work. That’s big. For comparison, it’s more than double the size of contemporaries like Dishonored, Sleeping Dogs, Far Cry 3, Spec Ops: The Line, Saints Row The Third, and BulletStorm. It’s not the largest game or anything, but as more of the market moves to digital distribution, having a game be double the norm is notable.

So imagine my surprise when I went to download the new Wolfenstein game through Steam and found it was a whopping 40GB, double the size of Rage.

So I snarked a bit on Twitter, as you do:

Wolfenstein is 40GB. It's bigger than the combined size of every game ever produced for every platform before Wolfenstein 3D. (1992)— Shamus Young (@shamusyoung) May 31, 2014

I made this claim based on some rough guesses off the top of my head. It’s one of those claims that sounds outrageous (not everyone believed me) but is actually a pretty safe guess. But then I got to thinking: How much bigger is it? How much space would you need to store every game made on or before 1992?

Getting a figure like “how big is the sum total of all video games ever made on and before a particular year” is kind of tricky. It’s not something you can ask Siri. But let’s run the numbers: 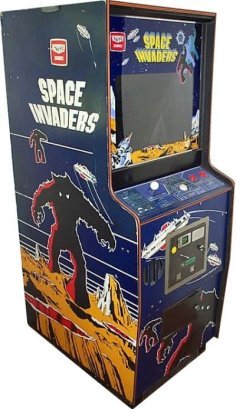 Note that we’re limiting ourselves to commercial games. We’re not going to try and count up abandoned, homebrew, or free titles, because numbers on that sort of thing are too difficult to come by. Let’s just stick to released games.

Also, while I didn’t make it clear in my tweet, I wasn’t really thinking of arcade games when I said this. Commercial video games were created in 1972 with the release of Pong. (I was a year old, if you’re curious.) That first decade of gaming is mostly remembered as the age of coin-op arcade games. That’s not entirely accurate, since there were home gaming consoles during the same time period. The Atari 2600 came out in 1977, for example, and several other now-forgotten platforms beat them to market. But arcade games were certainly the most visible and culturally relevant aspect of gaming. Barely anyone remembers the Magnavox Odyssey, but everyone has heard of Space Invaders. By the late 70’s there was a Space Invaders or an Asteroids tucked in the corner of just about every bar and Pizza joint in America. Not everyone played, but everyone knew games existed by that point.

But coin-op arcade games don’t belong to a “platform” because each machine is built specifically for the game in question. You can argue that they should still count in the list of “all games ever made”. That’s completely fair. But I have no idea how you’d go about enumerating and measuring them. So for the purposes of Getting On With It Already we’re going to set them aside. As you’ll see later, it won’t matter all that much once we really start counting.

The Atari 2600 is our go-to system here. It was the market king by far and it’s easy to get useful numbers for it. While some people haggle over the total number of Atari 2600 titles (numbers range from 250 to 550+) I think this tally of 469 is the most reliable and useful. And we know that the typical Atari game was just 4KB. (For the record, 4,000 bytes is about one-third the size of this article, assuming one byte per character. Which means an Atari cartridge couldn’t even hold the raw text of this column. Those early games were small!) Technically, the games could be larger than that. Those crazy indie guys at Activision (history is strange, isn’t it?) found a way to access 16KB of data by doing some fancy switching of memory banks. But I looked at a lot of ROMS – even late-period ROMS by Activision – and they pretty reliably came in at 4KB. I’m going to assume the 16KB games were rare. Also, I seriously doubt the early games used all of their available 4KB. So let’s call it a wash.

469 games times 4KB equals 1,876KB. Which means the entire library of Atari games weighs in at under two megabytes. Maybe that sounds small, but the Atari catalog was huge by the standards of the day. For comparison, the Odyssey had just 27 titles. If we want to be generous, we can assume that all of the competing first-and-second generation consoles might be able to combine and equal the size of the Atari catalog. So, let’s continue rounding up and say another couple of megabytes. Which means that all of the games for all of the of the pre-NES consoles add up to just 4,000KB, which is 0.01% of the size of Wolfenstein: The New Order.

Once again, a single big player steals the show. The Commodore 64 had a mind-blowing 23,000 titles. It supported both cartridge and disk-based games. Unlike the fixed-memory hardware of the early consoles, the disk-based games could be as large as you wanted. It was possible to make a game ten megabytes, as long as you could convince someone to carry around a pile of thirty floppy disks. (Nobody actually did this – that I know of.)

So I don’t know how to answer the question of “how big is the average C64 game?” any way other than random sampling. I looked at a few dozen games. The smallest I found was just 6KB – barely bigger than the Atari games. The largest I found was 542KB, which would have been a two-floppy game. Of the games I looked at, their size averaged out to 83KB. 83KB times 23,000 games gives us 1,909,000. That’s just short of 2 Gigabytes, which means the entire library of Commodore 64 games is 5% of the size of Wolfenstein: The New Order. Now we’re getting somewhere!

However, the C64 was a complete anomaly. The libraries of the other platforms of the day don’t amount to much, data-wise. If we add the Commodore Vic 20 (344 games), the TRS-80 (94 games), Atari 400 and 800 (337 games), the TI-99/4A (28 games), Amiga (3658 games), and the Apple II (443) we get just 4,904 games – nowhere near the Commodore 64 total. Those are the big players. There were also dozens of small-time computers like the Coleco Adam or the various Tandy mongrels. These machines had tiny libraries that are not well documented, but if we want to be extremely generous we can say they add up to another 500 games. A lot of these machines were less powerful than the Commodore 64 (there’s a reason the Commodore was king of the hobby computers back then, and it’s not because people couldn’t get enough of that beige keyboard) but – again – if we want to err on the side of generosity we can say these games were about the same size as Commodore 64 titles, giving us another 448,532KB of game data. That’s about half a gigabyte. 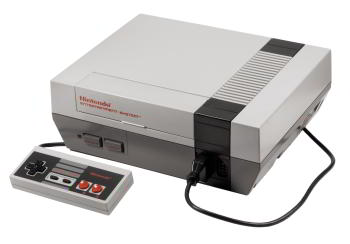 In the mid-80’s Nintendo released the NES, and that’s likely where most of you were introduced to gaming. The NES had a strange and interesting lifespan. The first NES titles were as small as 24KB. The venerable Super Mario Bros. was just 40KB. But as time went on, devs began to pack more data into those carts. Super Mario Bros. 2 was 256KB and Super Mario Bros. 3 was 384KB. I can’t think of another console that grew this much during its lifespan, which probably helps explain what made the NES so special. Makes me sad I missed it.

Given the size variation I think you’d need a really large sample size to get a really good working number, and I didn’t want to spend days tracking down and downloading ROMS from slightly sketchy websites. But I have a friend who both collects and hacks NES ROMS, and he was able to give me the goods. He says, “The entire NES library, including unlicensed games, Japanese Famicom games, and revisions/localizations is around 522 mb total.” (That’s 522,000KB, for consistency.)

That’s about as definitive an answer as we could ask for. That number might be slightly inflated for our purposes; a few of those games probably came out after our 1992 cutoff date, but this is close enough.

The Sega Master System had just 318 games. By my best guess (random sampling of ROM sizes) they weighed in at an estimated 182KB each for a total of 57,876KB. 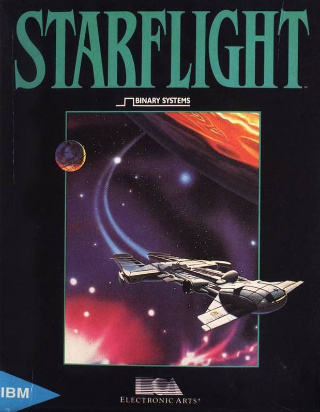 This was the dawn of DOS gaming, which is the real precursor to our current PC gaming space. According to Wikipedia, there were 1,750 DOS-based games on or before our chosen date of 1992. Sadly, there really is no good way to figure out the average size of these games. In some cases you have multi-disk monsters like Starflight or the Sierra adventure games, and in other cases you’ve got games that can’t even fill a single disk. (I know, because I sometimes crammed several games onto a single floppy when I was in high school.) DOS games began in 1981 and ran until the mid-90’s, meaning they lasted longer than any single console. They certainly got larger over time, with large and small outliers for each year. This would not be a linear distribution and I have no idea how to even begin to make a guess that won’t get me eaten alive by statistics nerds.

But we’ve come this far, so we might as well see what we get. From what I remember, I doubt there were many games smaller than 50KB. And while multi-disk games were certainly the most popular and noteworthy, in a pure numerical sense they were in the minority. Which puts the upper limit of our common range at 360KB. (360KB is the capacity of the old 5.25″ floppy disk. Certainly this limit impacted game size. If the developer goes slightly over, they’re likely to cut some content to get onto one disk. But once the game is definitely too big for one disk, they might feel obligated to use as much of the second one as they could.)

If we split the difference we get the “average” game being around 200KB. You know, this actually sounds about right, based on the number of times I put one game on a disk and found it was just barely too small to contain a second game.

Adding it all up

As you can see, leaving out coin-op titles didn’t hurt us. Sure, they would have added to the total, but I’m sure they weren’t big enough to cover this massive shortfall.

So when did the size of all games exceed 40GB? I’m thinking it would have happened 1994 or 1995, because the explosion of CD-ROM based games happened in 1993. On the consoles we had the Sega CD and on the PC side we had titles like Myst and 7th Guest that convinced people to get CD drives. Developers had been straining under the limitations and expense of floppy and cartridge-based games for years, and with the far greater space of the CD came an explosion in the size of games. (A CD holds about 200 times more than a 5.25″ floppy.) A full CD is over half a gigabyte, so it wouldn’t take very many games to take us the rest of the way to 40GB.

I’m still not crazy about seeing games get this big. 40GB takes a long time to download even with good internet, and some people in the world still have to live with data caps and overage charges. Still, it’s a pretty game (if colorful techno-fascist bloodletting is your thing) and lots of fun once you get over the download.

Shamus Young is a programmer and a novelist. He’s really enjoying the new Wolfenstein so far. Thanks to Camden for the NES info.