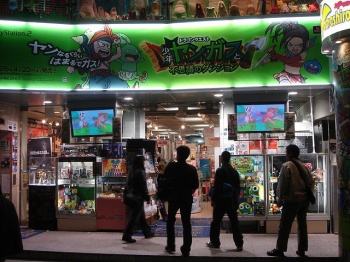 From health concerns to the lack of Game Boy compatibility, some of the reasons given for the 3DS’ drop in Japan sales are unexpected.

Goo Ranking, a Japanese research group that surveys the public on lifestyle choices and technology, recently polled 1,100 Japanese citizens (39.5% male, 60.5% female) on why they haven’t bought a 3DS. Here are the top three reasons (in order): too expensive, DS/DSi is good enough and concern about eye strain. The survey goes on to list 17 more reasons, some expected and some a bit more unique.

Here are some other noteworthy responses, followed by their placing in the poll: lackluster launch titles (#5), no must-have titles released (#6) and weak battery (#10). These are all complaints we’ve heard from Western critics and consumers, including our users. However, the poll also lists unexpected responses, commenting on concern about the system’s weight (#10), lack of alternate system colors (#12) and the 3DS’ inability to play Game Boy games (#13).

The Nintendo’s new handheld had a strong launch both in Japan and the West, but sales have not been consistent over the months. Japan 3DS sales dropped from approx. 50,500 a week in late March to 18,300 in early May. The NPD numbers show a similar drop since the US launch: from 400,000 sales during its launch week to 194,000 sales during the entire month of April.

It’s hard to say how accurate the survey is due to the small pool of people involved and Goo Ranking’s decision to separate similar responses. For example, the fourth most popular response (concern of the 3DS causing illness) could have been combined with the concern over eye strain (the #3 choice). It’s also unclear whether those who were polled picked one response or ranked a couple – after all, it’s more likely a combination of the listed concerns turned away potential early-adopters.

Nintendo needs to release some quality games or lower the price, if it wants this trend to change. The PSP is selling nearly twice the amount of the 3DS, in Japan this month, and the upcoming release of Sony’s new handheld (currently rumored title: PlayStation Vita) isn’t going to make things easier on them.

Nintendo President Satoru Iwata recently commented on the unexpected drop in sales (internationally) at an investor meeting: “We recognize that we are in a situation where we need to step up our efforts to further promote the spread of Nintendo 3DS.”

Why haven’t you bought a 3DS yet, and what would it take to get you to purchase?