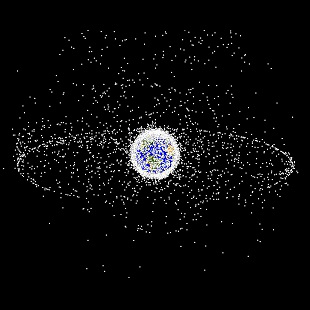 New trash tracking outpost will be built in Western Australia.

The skies are chock full of helpful technology, from GPS satellites to telescopes to the frozen head of Ted Williams. But for every satellite that’s still in service, there’s at least one that’s outlived its purpose, floating about with nothing to do.

Some institutions like the U.S. Air Force already track such space debris, but Lockheed Martin is launching a new project to put a fresh pair of eyes on all the junk.

The new initiative is a joint venture between Lockheed Martin and Electro Optic Systems, with the new facility being built in Australia. Current debris-tracking systems rely heavily on radar systems, but the new Lockheed project will take a more zoomed-in approach.

“The site will use a combination of lasers and sensitive optical systems like those found in telescopes to detect, track and characterize man-made debris objects,” said Lockheed Martin in its press release. “Electro-optical technologies that can zoom in on specific objects form a strong complement to radar-based systems like the U.S. Air Force’s Space Fence, which will sweep the sky and track 200,000 objects.”

The new project should be up and running in 2016, with the ability to track hundreds of thousands of space objects, some as small as your fist.

The data collected by the installation will be made available to both government and commercial customers, meaning this is not a strictly governmental affair. Needless to say, NASA and the USAF will be sure to make good use of the fresh new optics.

Buying a Kinect Sensor Separate from Xbox One Costs You $150