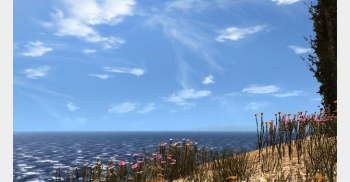 While some players trade in-game money for real money, players in Entropia Universe are now able to trade in real money after the Swedish Financial Supervisory Authority granted it a license to act like a real bank.

At the current economic climate, $1 will convert directly into 10 PED (Project Entropia Dollars) and, unlike other MMOs, which can be used to pay for most of the ingame items such as guns, armor or whatever else you’ll need. The game itself has no monthly fee.

A real benefit of this new change is that your transactions will be protected as if they were at your local bank, with up to $60,000 being protected by deposit insurance.

Regulators will oversee both in-game and out-of-game transactions, so cheaters and launderers will be spotted and passed to the real world police.

“We will be in a position to offer real bank services to the inhabitants of our virtual universe,” said Jan Welter Timkrans, head of MindArk, the parent company of Entropia Universe. Even as far as paying your salary/pocket money directly to your character.

If this sounds like a crazy idea, consider the actions of Jon “Neverdie” Jacobs. According to Wikipedia, he mortgaged his real life house to purchase an online asteroid for $100,000. The very next day he was offered double that price. If that wasn’t enough, he announced profits of $100,000 from Club NEVERDIE in August 2006. The Club is only a small part of the asteroid.

The game itself is set far in the future, on the distant world of Calypso, with two continents and two space stations to explore (as well as some asteroids), as your colonists develop the untamed land.