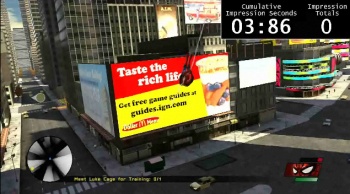 Microsoft has confirmed that it will “sunset” Massive, Inc., the in-game advertising firm it acquired in 2006, at the end of the year.

Confirming a rumor that first surfaced earlier this month, Microsoft notified Massive employees last week that its advertising technology would be “redeployed to [its] first party ad business, focusing initially on gaming and eventually expanding to other Microsoft opportunities.” The company now intends to focus on “first-party gaming advertisers” on services like Xbox Live and MSN Games.

“Microsoft will wind-down Massive’s third-party in-game ad business and sunset the Massive brand name at year-end,” the company said in a statement.

The shift in Microsoft’s focus reflects the failure of the in-game advertising market to even approach the $2 billion value predicted for 2010 by former Massive CEO Mitch Davis when Microsoft bought out the company. Xbox Live, meanwhile, boasts 25 million users around the world, providing advertisers a “highly engaged, growing audience” that’s exclusive to Microsoft.

Microsoft didn’t reveal how many employees would be laid off as a result of the closure but implied that cuts would be made, saying a “small staff” would be retained to continue servicing existing advertisers until the end of the year. According to the original report, at least some Massive employees were being integrated into Microsoft, while General Manager J.J. Richards was cut loose.