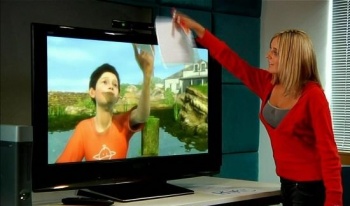 Microsoft’s virtual boy Milo wasn’t missing from E3, he was never supposed to be coming in the first place.

Milo was one of the most interesting things to come from last year’s E3, and many noted his absence from this year’s Kinect announcement. But comments made by Microsoft’s Aaron Greenberg suggest that it may be some time before we see Milo again.

Speaking to ABC’s (Australian Broadcasting Company) Good Game, Greenberg said that the Milo demonstration that we saw last year was exactly that, a demonstration, and wasn’t a game that was being worked on: “The Milo Project is something that Lionhead Studios in their labs had developed. Last year we unveiled the Project Natal technology, we showed a bunch of technology demos as part of that … [Milo] is a technology demo that continues to exist, but right now it’s not a game that we’re planning to bring to market.”

Greenberg’s comment doesn’t mean that there won’t ever be a Milo game, but it doesn’t sound like we’re going to be seeing one any time soon. I must admit, I’m disappointed to hear this; not really because I wanted a digital boy of my very own, but because Milo really showed off the new things that could be done with Kinect.

UPDATE: Greenberg has clarified his statement, saying that Milo is not a game that Microsoft plans to bring to market this year.

In a statement to Kotaku, Greenberg said: “Project Milo absolutely continues in development at Lionhead Studios. It is just not a product we plan to bring to market this holiday.”