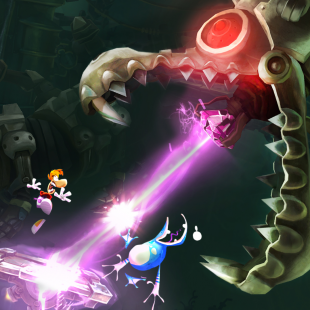 A patch for Rayman Legends on Vita is coming, but Ubisoft can’t say when.

A few days ago players partaking in the Vita version of Rayman Legends noticed something odd about the game. Despite claims from Ubisoft that the Vita game would have all the same core content as its console counterparts, the portable edition was missing some 28 levels. With no prior announcement or explanation from the publisher, gamers were left to assume the worst. Thankfully, however, Ubisoft has now stepped forward with details to clear up the situation.

Responding to inquiries in the comments section of a recent Ubisoft blog post, communications manager Gary Steinman revealed that Vita edition fell victim to unexpected issues during its development. “Due to a longer development time than expected, we couldn’t initially include the Invasion Mode – essentially, a second take on existing Rayman Legends maps — in the Vita version of the game,” he said. Steinman was also able to confirm that the missing levels “will be added via a free patch, at a later date.” That being the case, he wasn’t able to offer a release date for the patch, though he promised the company would provide updates as they became available.

All in all, it’s fairly good news for Vita owners who, understandably, might have been a bit hesitant to invest in the portable version of the game following the news of the missing content. That said, with no release date for the patch we’d understand if some were still apprehensive. It’s also arguably disappointing that Ubisoft waited until now to tell gamers that this issue existed. It’s safe to say that many gamers would have appreciated a heads-up about any potential problems, even if they were temporary.