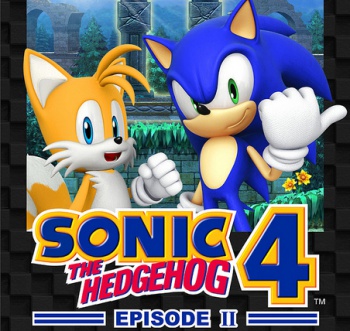 Sequels tend to be the way of things when it comes to creative industries, perhaps most obviously in videogames. Love them or hate them, the majority of game advertisements tend to be follow-ups to previous, popular releases. While the issue can sometimes divide gamers, it turns out that developers themselves can feel just as strongly. In a recent interview, Sonic the Hedgehog creator Yuji Naka even stated that one of the benefits of leaving Sega was that he wouldn’t be required to make Sonic sequels.

“One of the reasons I left Sega was, if I stayed there, I would have had to just make Sonic games,” Naka said. “Right now I don’t have to make Sonic anymore, so I’m enjoying that freedom a lot.”

Naka isn’t claiming that he dislikes Sonic games, by the way. In fact, Naka even notes that his dream “is to be able to create a character that can be equal to Sonic”. The problem, as he sees it, is that once publishers find a franchise that earns mad amounts of cash, its developers will be forced to churn out sequel after sequel instead of experimenting with original titles.

“Miyamoto has been making Mario games,” Naka continues. “He has to keep on making Mario games. [Eiji] Aonuma has to keep making Zelda games. [Hideo] Kojima has to make Metal Gear games. I wish he could take that off of everyone’s shoulders so they could create other stuff, like new stuff. Because that’s healthier for the industry.”

While I don’t think sequels are necessarily a bad thing, or that all developers are unwilling to create them, I can understand Naka’s point. Hideo Kojima’s Metal Gear is actually an interesting example considering that the upcoming Metal Gear Solid 5 follows the game that definitively ended Solid Snake’s storyline. Hopefully Kojima isn’t completely tired of the character just yet, but Naka is perfectly happy to create original titles through his mobile studio Prope. “Right now I can create a game without any limitations or dealing with any outside company,” Naka says. “I want to keep on creating my type of games, no matter what.”