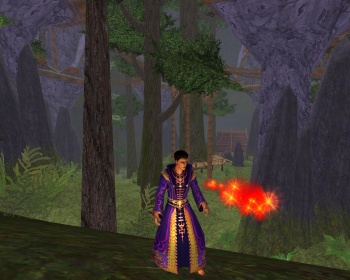 According to one gamer, Sony is not doing enough to make its games playable by the visually impaired.

Visually impaired gamer Alexander Stern believes that Sony is violating the Americans with Disabilities Act by discriminating against the blind, and has filed a lawsuit to get the company to comply with his demands. Before you get all up in a huff, the suit does not claim that the PlayStation 3 is in violation because it displays graphics on a television. Rather, Stern’s lawsuit was filed over Sony Online Entertainment’s failure to make its online games as accessible as possible.

Though no specific videogame has been named in the suit, the one most likely involved here would be SOE’s Everquest. Stern claims that he has been sending both emails and snail mail to Sony for a while, requesting simple ways that Sony can make its games easier to play, though these requests have been ignored. Other games, such as World of Warcraft, already allow for third-party modifications that have been aiding visually impaired gamers. Two examples include an audio compass and a text-to-voice inventory system; these are what Stern hopes to get Sony to implement, or to at least allow for the possibility.

Stern also wants Sony to make its online auction system, through which players auction off in-game items for real money, to be accessible to the visually impaired. Because Stern can’t access this feature, Sony is costing Stern money, says the suit. If it is not easily possible for Stern to use the marketplace to sell his items, I can see his point.

Strangely enough, this is one of the first lawsuits in recent memory that doesn’t strike me as unreasonable. Stern only wants to be able to access the same features as everyone else, and for Sony to allow for the same modifications to be added to its games that plenty of other games already have. If I was Stern, I’d be royally pissed that I couldn’t get the same dose of Evercrack as everyone else too.

How Do You Make a War Game Where You Lose?