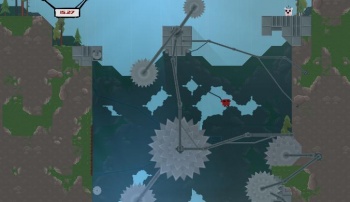 Team Meat’s next project will be something that isn’t related to sentient meat cubes.

Super Meat Boy developer Team Meat’s company name would seem to hint that it’ll always have something to do with the food of choice for carnivores, but apparently its games will not always involve meat boys. Now that Super Meat Boy is available on Xbox Live Arcade, the studio has said that after the game’s Wii and PC ports come out it’ll be on to a new project.

A project that isn’t going to be Super Meat Boy 2. Team Meat’s Edmund McMillen told Eurogamer that he and partner Tommy Refenes won’t be creating a sequel right away. “There will be another game but it won’t be Meat Boy,” McMillen revealed. “It’ll be totally new.”

McMillen said he’d be “lying” if he pretended that there haven’t already been discussions about Team Meat’s next game, but he didn’t reveal what those discussions have come up with. Another platformer, perhaps? No, if you ask me, I think it’s going to be a car-RPG.

In addition, we don’t have to worry about Super Meat Boy‘s success going to Team Meat’s head, as McMillen added that he and Refenes don’t plan on hiring anybody else or searching for a publisher. These things only create headaches, and developing XBLA titles is headache enough for now.

Having played Super Meat Boy myself, I say keep doing whatever works. I think VVVVVV has been violently knocked down to my second favorite platformer of the year (but I still love you VVVVVV). It’s not like the lack of a sequel matters that much for now, because Team Meat has said it plans to support Super Meat Boy with free DLC anyway.

Blizzard Has No Clue How StarCraft II Will End