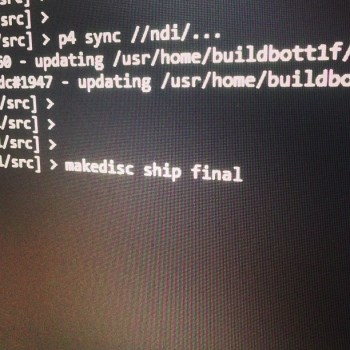 For real and for true, The Last Of Us is happening.

It’s been an interesting ride for The Last Of Us, Sony’s long-awaited post-apocalyptic nightmare for the PlayStation 3. Naughty Dog, the studio behind the game, has made some big promises about what it will bring to the table, and also some bold claims about what it had to go through to maintain its vision. Perhaps most controversial was the claim that it was pushed to change the cover to feature a male character rather than a female, which it flat-out refused to do; it also refused to dial back the violent content, which Creative Director Neil Druckmann stated is “necessary for the story.”

Then in February came word that the whole thing was delayed: Sony pushed the release date back from May 7 to June 14, leading Druckmann to say that the game is “Naughty Dog’s most ambitious project to date,” and thus it needed more time to get it done. Hey, these things happen.

But the waiting is over! Or at least, the waiting to find out whether you’ll have to wait some more is over. Got it? The point is that Naughty Dog Co-President Christophe Balestra posted a photo on Instagram earlier today with a message stating, “This is happening right now,” the “this” in question being an image of a screen that reads, “makedisc ship final.” In other words, that’s g-g-g-gold, folks!

And that’s good news, because it means The Last Of Us will be out right on schedule, on June 14.

The Metro: Last Light Team Had It Rough, Apparently