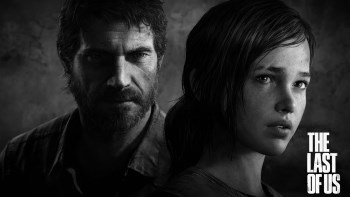 The live-action adaptation of The Last Of Us will be written by Neil Druckmann, the creative director on the hit PlayStation 3 game.

The Last Of Us has become the latest video game property slated for a move to the silver screen, as Deadline reports that Screen Gems has signed a distribution deal for a live-action film based on the game. Naughty Dog Creative Director Neil Druckmann is writing the script, while Druckmann, Naughty Dog Co-Presidents Evan Wells and Christophe Baelstra and Game Director Bruce Straley are “creative architects.” The film will be produced by Ghost House Pictures, the production company founded by Sam Raimi and Robert Tappert.

“When I saw the quality of the storytelling, I knew the audience for this project was far greater than just the gaming community and that Neil Druckmann must write the screenplay,” Screen Gems President Clint Culpepper said. “I am thrilled that SCEA’s Riley Russell was able to get me in front of Neil and Evan Wells to plead my case. Sam and his team at Ghost House round out the perfect team to help realize Neil’s vision.”

“Since our game released last June, we’ve talked with many companies about making a film, but we couldn’t have found better partners who share our creative vision and high standards,” Wells said.

Screen Gems is part of Sony’s Columbia TriStar Motion Picture Group and “focuses on films that fall between the wide-release movies traditionally developed and distributed by Columbia Pictures and those released by Sony Pictures Classics,” according to the Sony Pictures Museum. Recent films produced under the Screen Gems banner include the Resident Evil and Underworld movies, Legion, Priest, Friends With Benefits and the Carrie remake.