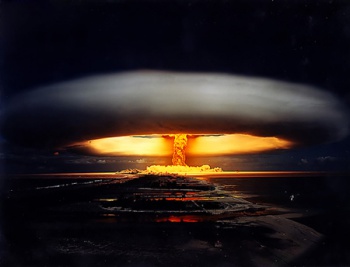 Sometimes we forget how good we have it here at The Escapist. We’re warm, well fed (some of us more than others) and Susan hardly ever beats us with a broom handle. Some less fortunate souls don’t have the same luxuries. Like 4A, the Ukrainian dev team behind the excellent Metro: Last Light, which apparently made the game in some kind of post-apocalyptic nightmare-gulag according to former THQ exec, Jason Rubin.

Rubin, who co-founded Naughty Dog before taking over as president of doomed publisher, THQ, opens his piece on Gamesindustry International by praising 4A for their high-quality work in spite of their tiny budget. Then things get a little surreal, as he recounts tales of 4A developers having to smuggle dev kits through Ukrainian customs to avoid sticky-fingered officials and desperate attempts to ship office chairs from Poland to Kiev, a feat which apparently requires actual bribes.

Not only that, but the dev team also had to battle the elements and frequent power outages. According to Rubin, the government-owned coal burning facility that pipes hot water to homes and offices is prone to breaking down, leaving the team without heat (or bathing facilities) for weeks at a time. Say what you like about Half Life 2, no one at Valve had to code while wearing mittens.

Note: Kiev actually mostly uses natural gas piped in from Russia, a point Rubin has conceded on his Twitter account.

“The only thing for which 4A is getting more credit than I think they deserve is the creativity behind the ever frightening, dark, post-apocalyptic environment of the game,” he joked. “I’ve been in Kiev to visit the team, so I know they just stepped outside for reference.”

Rubin also takes a few pot shots at THQ, though he excludes himself from the criticism.

“If 4A had been given a more competitive budget, in a saner environment, hadn’t wasted a year-plus chasing the irrational requirement of THQ’s original producers to fit multiplayer and co-op into the same deadline and budget(!), hadn’t had to deal with the transition to a new publisher in the crucial few months before final, what could 4A have created?” he asked.

While Rubin paints an inspiring picture of a small time developer succeeding against all odds – even going as far as to compare the outfit to the famous 1994 Jamaican bobsled team – some think he may be embellishing things just a tad. Aubrey Norris, current PR shogun of Deep Silver (the publisher that picked up Last Light after THQ went nuclear) has more-or-less accused Rubin of talking out of his arsehole.

I love when @jason_rubin runs his mouth about things at other companies he knows NOTHING about. Solid guy. gamesindustry.biz/articles/2013-…— Aubrey Norris (@Chupacaubrey) May 15, 2013

Update: Grab your popcorn, folks. This has apparently escalated into a delicious Twitter slap fight, with multiple industry personalities lining up to take a shot at Rubin while he plays “which company treated 4A the crappiest” with Aubrey Norris. Have at it.

The Last Of Us Goes Gold