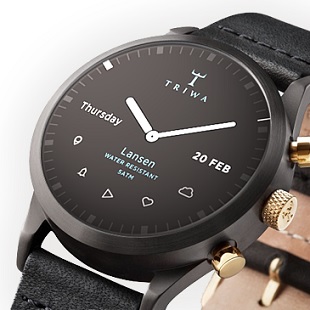 The Verge recently sat down with Gábor Balogh, a Hungarian freelance designer who recently re-imagined the still-young smartwatch segment. His concept is based on the Triwa Havana unisex watch, albeit with some heavy modifications.

While only a mockup, the concept leaves the design of the timepiece largely untouched, keeping the leather strap and housing, while replacing the watch face with, naturally, an LCD display. While most smartwatches on sale (your Pebbles and Galaxy Gear options) use square faces, the Havana has a round face, adding to the style and against the grain design.

The round face maintains the watch illusion, keeping the tech within under wraps until it’s needed. “I like products with discreet technology,” explains Balogh, “when they serve me, my real needs, and make my life easier rather than simply changing my days.”

I’m no smartwatch hater. I’ll probably own a Pebble or Galaxy Gear before Summer starts, but I’m also a fan of simple, tasteful watches. Combining both, as Balogh has done, would be a must-buy gadget for me.