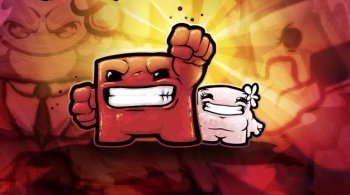 Super Meat Boy may be coming to your favorite touchscreen device. Or it might not. Look, it’s just a prototype so far, alright?

Team Meat, the people behind the wildly popular, wildly difficult Super Meat Boy, recently tweeted a handful of details about the game’s touchscreen prototype that are equal parts exciting and surprisingly candid (read: it includes swears).

So a lot of buzz today about us prototyping SMB for touch devices.. a few fun facts:

2. it will be a re-envisioning of SMB remade from scratch for touch. we aren’t half assing this if it turns out to be fun.

3. if you liked SMB im sure you will enjoy this (if its good enough to continue on 🙂 ) we just had a few cool ideas and wanted a challange

4. if it turns out it sucks, we will act like it never happened and move on to the next idea 🙂

5. it wont be a simple game like “doodle jump” it will be a larger more traditional game.

6. IT WONT CONTROL LIKE SMB!!! we promise you we wont make a game with shitty touch controls.

So, what have we learned here? Three things.

First, this new iteration of Super Meat Boy is going to be an experimental take on the game, that may or may not be scrapped entirely.

Second, Team Meat is completely reimagining Super Meat Boy from the ground up in an effort to make a game that is less “port” and more “touchscreen iteration of what originally made SMB so addictively entertaining.”

Third, and most crucially, I can get away with writing swears on this site as long as they fall inside a quote box.

You’ll notice that nowhere in that series of tweets does Team Meat ever offer any sort of release window for the touchscreen Super Meat Boy. That would have been an important point too, but this being a prototype, I suppose its forgivable. We fans will just content ourselves with anxious waiting and quietly sobbing in the dark.

Buy A Portal Gun This April