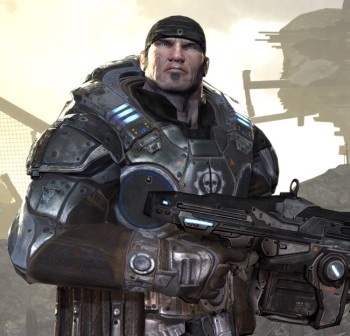 Underworld director Len Wiseman has been tapped to direct the movie adaptation of Epic’s hit FPS Gears of War.

Wiseman is developing the story alongside Chris Morgan, who has assumed scripting duties from Pirates of the Caribbean screenwriter Stuart Beattie, who had originally taken on the job. The pair are also working together on the sci-fi action movie Shell Game, currently scheduled for release in 2009.

New Line Cinema gained the rights to the movie last year, and lead designer Cliff Bleszinski will serve as executive producer and consultant on the project. Along with Underworld, Wiseman previously directed its sequel Underworld: Evolution and the 2007 action hit Live Free Or Die Hard.

The movie will revolve around a team of elite soldiers fighting off an invasion by an alien race known as the Locust that threatens to wipe out the human inhabitants of the planet known as Sera. Gears of War is Microsoft’s second-best selling videogame title, behind only the Halo franchise, with worldwide sales of more than five million. Epic says the game was meant from the beginning to be expanded into other media, including movies and novels, to take advantage of its extensive background story.

The movie was originally slated for release in summer 2009, but is now expected to be delayed. “It’s like with our games, you can have it right or you can have it right now,” said Epic Games Vice President Mark Rein. “We want to get it right. There’s no timetable for us. We just want to make as good a movie as we can, and we think [Wiseman’s] the guy who will do it.”

A sequel to Gears of War is currently in development and targeted for release in November.

Nintendo Strikes Back Against Homebrew, Piracy