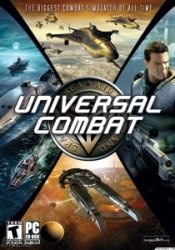 3000AD has announced that Universal Combat, the final entry in Derek Smart’s notorious Battlecruiser series of games, has been released as freeware.

According to a news entry on the company’s website, Dreamcatcher’s five-year deal for the rights to the game, as well as to Battlecruiser Millennium Gold, expired in December 2007, at which time 3000AD asked the publisher to destroy all remaining inventory of the games currently still in the field. In a statement on the site, Smart said that while the games were still generating income, his earnings for the past two years had gone unpaid and would be written off as a bad debt loss.

“That said, in keeping with the tradition of releasing my legacy games for free, I have repackaged the single player Universal Combat game and released it into the wild as freeware,” Smart wrote on the site. “Once again, our freeware game is released with no advertising, no nag screens, no expiration date, nothing. Just the full (and patched) single player game as was commercially released in Feb 2004, but with fewer music tracks (the game FAQ shows how players can add their own MP3 tracks) and no multiplayer.”

“The only condition under which our freeware games are released is that they not be sold under any circumstances, nor bundled as part of any commercial media (e.g. magazine cover discs) without my expressed written permission.”

Also in keeping with Derek Smart tradition, the announcement of the release sparked an immediate and lengthy flame war on Blues News. Universal Combat, along with the rest of the 3000AD freeware catalog, is available from the company’s download section.