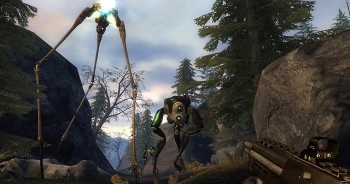 The guys at Valve Software say they have no interest in taking the company public because they don’t want to have to worry about keeping shareholders happy.

Valve would probably rake in a ton of money if it made an IPO. Between its stable of hit game franchises and its wildly popular digital distribution service, Valve seems like it just cannot lose. Don’t expect it to happen anytime soon, though, because Gabe and the gang don’t like what they see when they look at other companies that have gone public.

“All [companies that go public] end up getting their customers changed,” Project Manager Erik Johnson said in the latest issue of PC Gamer. “Any bad decision I ever see out there is because somebody created this different customer that was whoever funds them, and not the consumer of the product.”

“You end up with a totally different set of decisions,”added Valve boss Gabe Newell, “and the person who’s trying to design the experience is like, ‘Okay, I guess we’ll put Christopher Walken in our game’.”

It’s fun and easy to zing Valve for its inability to do anything in a timely manner, a shortcoming most glaringly highlighted by the continued absence of Half-Life 2: Episode 3. But nobody takes it too seriously because although Valve is slow, it’s also unerringly brilliant. The addition of outside money-men might speed up the process, but at what cost? Haste makes waste, as they say, and given the choice I think most gamers would admit that they’d rather put up with Valve time.