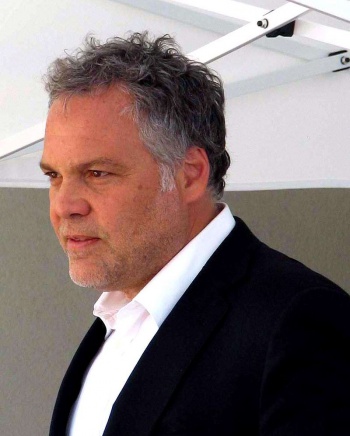 Marvel fans may be excitedly preparing themselves for this summer’s Guardians of the Galaxy, but we don’t just have feature films to look forward to. The company’s Netflix-exclusive content is still underway, including a new 13-episode Daredevil series. Just two weeks ago Charlie Cox was cast as the series protagonist, and now we have his villainous Kingpin: Vincent D’onofrio, best known for his work on Law and Order: Criminal Intent.

For those unfamiliar, Kingpin is a title given to Wilson Fisk, the most powerful crime lord of the Marvel Universe. First appearing in the pages of Spider-Man, Fisk quickly became a central antagonist for “street-level” superheroes, most notably Daredevil and The Punisher. Posing as a legitimate businessman, Fisk is feared as the one man uniting New York’s varied mob organizations, and as a villain regular police can’t (or won’t) pursue. Beyond his ruthless intelligence Fisk is also immensely strong for an “ordinary” human, capable of besting rivals with his immense strength and extensive martial arts training.

“We’re incredibly proud to have an actor with the gravitas and versatility of Vincent joining Marvel’s Daredevil in such an integral role,” said Marvel Head of Television Jeph Loeb. “Wilson Fisk is an iconic villain whose cunning and power make him the dangerous equal of our hero.”

In my mind, Vincent D’Onofrio is pretty much inseparable from the quirkier roles he’s taken on, including Criminal Intent‘s detective Robert Goren or the monstrous bug from Men In Black. Those are hard images to reconcile with the ruthless Kingpin, whose last on-screen appearance under Michael Clarke Duncan was one of the best parts of the infamous Daredevil film. Regardless, D’Onofrio is a talented actor, and I’m very curious to see his take on one of the great Marvel villains.

Daredevil will premiere on Netflix in 2015.

Guardians of the Galaxy Rolls Out Its Gamora Poster