So, you’ve heard about this “Pocket Monsters” craze and you want in. But guess what, you don’t know a Squirtle from a squirt gun, and you have no idea what you’re doing. That’s okay, we’re here to help. So load up your copy of Pokemon X or Pokemon Y into your 3DS, and let us show you the ropes.

Pokemon is first and foremost a JRPG. You’ll walk through a big overarching game world, level up your party, collect items and money, have random encounters with enemies, and save the world along the way. The twist is that your “party” is made up of Pokemon, and they will be the ones fighting your battles for you. 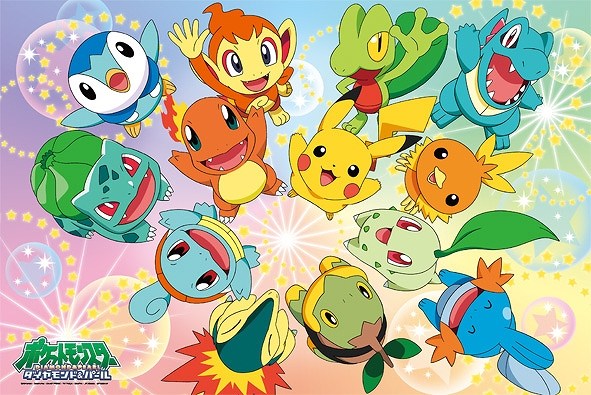 The game works on the most complicated rock-scissors-paper system of all time, and is best illustrated by the “starter” Pokemon. In every single Pokemon game to date, you are given the choice of three starters: a water-type, a fire-type, and a grass-type. In X and Y, they are Chespin, Fennekin and Froakie. Fire-type attacks are “super effective” against grass-type Pokemon, and “not very effective” against water-type Pokemon. Water-type attacks are “super effective” against fire, and weak against grass. Grass beats water, and loses to fire. That’s essentially the entire game in a nutshell, and having the type-advantage over your opponent is the key to success. It’s no wonder your rival always picks the starter-type that has an advantage over whatever you pick. What a dick.

There are 18-types in the game, and figuring out what is strong against can be a massive headache. Thankfully, there are plenty of type charts out there to help you with that, although even they don’t take into account double type Pokemon, which can have a 4x weakness, or 4x resistance to certain attacks…

Additionally, all of the game’s major bosses have a type-specific theme that you can quite hilariously exploit. The leader of X and Y‘s first gym uses bug-type Pokemon, meaning that picking up Fennekin, the fire-type, will give you an instant advantage (and consequently, Chespin, the grass-type, a disadvantage).

The rest of the gym leaders, and the elite four’s type themes (in order of appearance) are as follows: 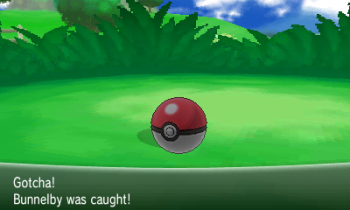 Essentially, as long as you pick up a Pokemon that’s strong against these types by the time you get to their respective gyms, you’re golden! Ideally, while adventuring, you’ll want to be leveling up a varied team of different types of Pokemon that can handle any situation.

On that, you will earn XP from battling trainers as well as defeating or capturing wild Pokemon. Fairly early on in the game you’ll pick up an item called the XP-share, which when turned on, will “share” XP equally among your party. It’s certainly very handy when speed-leveling a low-level Pokemon that you’ve recently acquired! X and Y also have a pretty cool system called “critical capture”, which gives your pokeballs a chance to “crit” and instantly capture a Pokemon. Your crit rate goes up with how many different Pokemon you have caught, so capture lots and capture often.

Be sure to talk to as many people as possible (they will sometimes give you free stuff), make sure you have plenty of important items like potions, pokeballs, and revives stockpiled, and try to use your “o-powers” with your friends (or on yourself) to give you a bit of an extra edge.

That’s pretty much it! If you want to be “the very best” and get into competitive battling, then you’ll have to know about stuff like EV and IV’s, natures, breeding, and so on, but for the casual gamer you can just pick a team of dudes that you like and have at it!