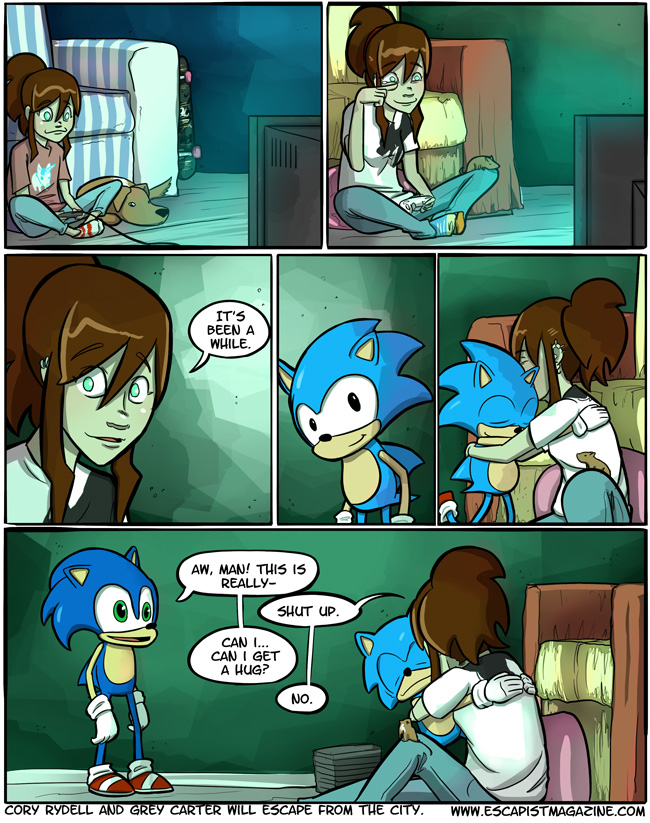 So, Sonic Generations has arrived, crushed between colossal releases like a fine semi-retro paste. The game is brilliant, in my opinion. Probably the best Sonic has ever been, in fact, but there’s a nostalgia factor at play that’s worth talking about. For someone my age, who started his gaming career with Sonic The Hedgehog on the Megadrive, made it through the mostly underrated Adventure series before eventually giving up on the franchise around Sonic Heroes, Generations hits the nostalgia sweet spot maybe 70-80% of the time. For someone who’s slightly older, younger, or simply more puritan when it comes to defining the “golden age” of Sonic games, it might hit those ‘nostalgia & genuinely-good gameplay’ highs slightly less often. Case in point: At one point Tails exclaims that the pink water in the Chemical Plant Zone makes him “really nervous for some reason.” A joke a lot of younger Sonic fans simply won’t get. Likewise, some of the later zones might be completely alien to Sonic fans who gave up on the franchise when it switched to 3D.

As you can probably tell from today’s strip, I’m not the biggest fan of modern Sonic as a character. In fact, my instinctive arse-clenching hatred of any Sonic character capable of speech – early Sonic cartoons excluded, of course -, has coloured my impressions of a quite a few respectable Sonic games over the years. I’m going to talk about that in a bit more detail on Friday. In the meantime, if you’re on the fence about Generations, it gets my seal of approval, for what that’s worth.