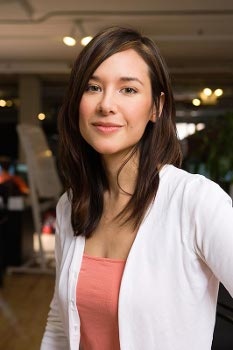 It is accurate to say that well into my baby-twenties I was not what one thought of as a traditional gamer. I was one of those ball-cap wearing, beer-drinking, fail-out-of-school-the-first-time-around types. If I am being painstakingly honest, I must admit that I once pledged into the college fraternity system. I played intramural sports. I attended keg parties in dingy basements, passed out on alcohol-stained couches and woke up in unexpected places with unexpected people.

I point this out not so that I will be tapped for any future Comedy Central Van Wilder parts, but because I want you to understand that I do not write from the dainty position of ridiculous political correctness. I’m no hothouse flower, wilting into the shadows should anyone speak the slightest offense. I write this because even I am getting sick and tired of an entire gaming culture that seems only capable of the gender and sexual sophistication of a Will Farrell movie.

I watch the reaction and commentary around Jade Raymond’s barely newsworthy move to Ubisoft’s Toronto studio, and I am reminded that it’s entirely accurate to describe much of the games industry and media as the Land That Puberty Forgot. It’s not that I feel sorry for Ms. Raymond who,despite the apparent handicap of being attractive, is having quite a successful career and probably pays little attention to adolescent titillation. I feel sorry for myself.

We, at least those of us who have never installed a nude patch into Fallout 3, have to stop allowing ourselves to be classified as a malcontent group of prurients that giggle every time someone complains about their chronic angina. It is time we stop being relegated to the kids table of mass media.

Let me stress that I am not endorsing the removal of sex and adult themes from either the discussion or the content of games. Nay, in fact I demand more sexual themes in games, more adult themes and more complicated moral ambiguity. Let the industry explore the sexuality of characters as it sees fit. Let’s just stop doing it like we’re whispering in the locker room during Freshman gym class.

I think it’s assumed that including sexuality in games will be met with a backlash from the public at large. It is hard to forget the nonsensical flap about sexuality in Mass Effect that, despite being relatively tame even by prime-time television standards, erupted across a host of 24-hour news channels with time and integrity to kill. There is also the sad case of GTA: San Andreas’ ‘Hot Coffee’ which has finally come to a conclusion with a $20 million dollar legal settlement, though the litigation had nothing at all to do with actual consumers. 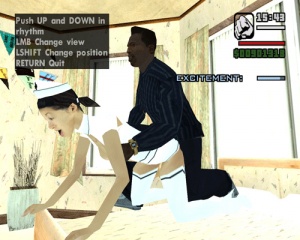 These are the growing pains that we have earned by acting like hormone-drunk kids who’ve just discovered their father’s stash of old Playboys in the attic. If we want video games to be the domain of both adults at one end and children at the other, with the discrete barriers that other media seems to have little trouble mounting, then the answer has to be approaching these themes with a bit more sophistication. Unfortunately, we gamers have something to prove before society is going to accept that this entertainment is the rightful place of adults.

There’s just no credibility earned to make the case for sexuality in games within the context of a controversy magnet like GTA, which seems to almost revel in its ethically gray image. We gamers have an image problem. It is well earned and difficult to shed, but not impossible.

The problem is that we are reasonably seen as a group of people incapable of separating sex and pornography. Gaming culture has traditionally been a landscape of creatively bankrupt fetishism, and the fact that some games have on very rare occasions tackled issues of sexuality in at least passably interesting ways is lost in the eclipse of Lara Croft’s bosom.

I understand why developers might hesitate to venture into the realm of sex. Most of the time, I fully admit that making these themes fit in a meaningful or interesting way doesn’t make much sense. Nor should sexuality be shoe-horned where it doesn’t belong. But, having a game in which complex characters have to address sexual themes beyond bed-rocking minigames or dialogue trees that end with alien on alien action would be quite desirable.

I stress, I am not asking for some kind of sex simulator. I’m talking about a main character with a strong narrative facing the potential consequences of an adulterous affair. I’m talking about two characters who are clearly attracted to each other but for whatever reason choose to abstain – gaming needs more good sexual tension.

Sex defines people. It characterizes them. How we deal with, talk about or even engage in sex can speak volumes about a person. And how the video game industry and the culture surrounding that industry deals with sex does not say particularly nice things about us.

I realize sexual immaturity is something that can not be fully excised. Most of us have become so accustomed to it, that it may be difficult to imagine an online world any other way. I may be entirely naïve for even imagining that we can collectively do better, but when we talk about making gaming more mature, more interesting and more compelling, sex can play a strong role in that.

I hate to say it, but if we as gamers want to be treated like adults, more of us are going to have to start acting like adults.

Sean Sands is a writer, a regular columnist for several gaming websites, and almost never wears his baseball hat backwards anymore. Maybe when mowing, but that’s about it.