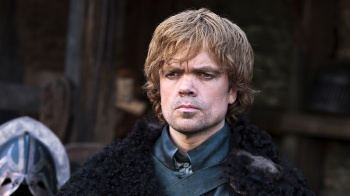 Ambassador Bleich is disappointed in you, Australia, land where the torrent freaks roam wild and free.

Jeffrey L. Bleich, Ambassador Extraordinary and Plenipotentiary of the United States of America to Australia, is aggrieved, nay, distraught, at the rate at which Australians are willing to torrent Game of Thrones. Even though the doings of House Stark and all the rest are available In Australia from legitimate sources within hours of the show’s broadcast in the United States, this still isn’t enough to dissuade pirates. In fact, Ambassador Bleich claims, in global statistics, Australians are the biggest Game of Thrones thieves in the whole wide world.

Bleich acknowledges that people might be tempted to torrent; after all, it’s easy and quick, and those few hours in between broadcast in the US and in Australia can seem intolerable. “But artists’ livelihoods depend on us rejecting that urge,” says Bleich, “just as shopkeepers and small businesses depend on people not just stealing products from their shelves.” Stealing is stealing, and if people keep on torrenting quality content then those poor Hollywood artists will have to go back to waiting tables and parking cars to make a living.

Just buy the thing, already. It’s the right thing to do, says Bleich, and it’ll make Tyrion Lannister happy. You can’t say fairer than that.