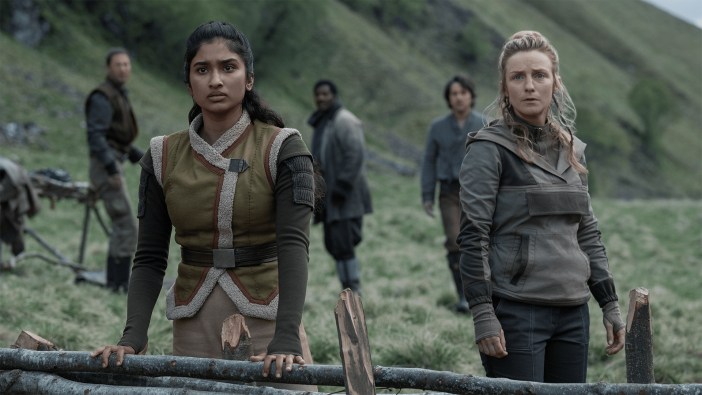 This discussion and review contains spoilers for Andor episode 5, “The Axe Forgets.”

The closing moments of “The Axe Forgets” find Luthen Rael (Stellan Skarsgård) listening to an old radio transmitter in the back of his antiques shop. He is waiting urgently for word of the attack on Aldhani. However, there is nothing coming through. It’s a quiet and charming little scene, one that fits with the general mood of “The Axe Forgets” as an episode about “the day before.” It’s an episode about anticipation and build-up, rising tension and mounting inevitability.

The image also speaks to the larger themes of the episode. Luthen is trying to discern signal from noise, to find something echoing in the void. He’s looking for a statement. This is a recurring motif in Andor, particularly in the context of this second arc. The introduction of the Imperial Security Bureau has introduced an entire new section of the cast fixated on identifying patterns and meaning in the chaos – to “identify symptoms,” “locate germs,” and “identify a disorder.”

“The Axe Forgets” returns briefly to Supervisor Dedra Meero (Denise Gough), who is still poring over reports with her subordinate Attendant Heert (Jacob James Beswick). They are processing large amounts of information, trying to fashion these fragments of data into a cohesive narrative. They are mapping the outline of something much larger than they can imagine. The lack of a pattern becomes a pattern of itself. “It’s too random to be random,” Heert muses.

This is reflected in the narrative structure of this second arc of Andor. The opening three episodes were relatively tightly contained in terms of narrative and geography. They were tightly focused on Cassian Andor (Diego Luna) and the aftermath of the murders of Verlo (Stephen Wight) and Kravas (Lee Boardman) on Preox-Morlana, as Syril Karn (Kyle Soller) led a corporate security force to Ferrix to apprehend him. Even intercut with flashbacks to Andor’s youth, it was a linear narrative.

In contrast, “Aldhani” vastly expanded the show’s scope and scale. It followed Andor to Aldhani, where he teamed up with Vel Sartha (Faye Marsay). It also traveled back to Coruscant with Luthen, where the plot extended to include Mon Mothma (Genevieve O’Reilly). It returned home with Syril to visit his mother Eedy (Kathryn Newton). It introduced Meero at the Imperial Security Bureau, along with her professional rival Lieutenant Supervisor Blevin (Ben Bailey Smith).

Both “Aldhani” and “The Axe Forgets” cut frequently across these various plot threads. None of the live-action Star Wars television shows have this sort of structure. The Mandalorian is an episodic adventure serial tightly focused on Din Djarin (Pedro Pascal). When The Book of Boba Fett expanded its focus beyond the title character (Temuera Morrison), it did so for episode-long stretches at a time. Even Obi-Wan Kenobi maintained a tight focus on its central narrative drive.

In contrast, Andor has adopted a structure similar to that employed by Game of Thrones or The Lord of the Rings: The Rings of Power. It’s certainly ambitious and speaks to the show’s confidence. However, it also serves a clear thematic purpose. Andor uses this structure to make a statement about how fragmented the idea of rebellion and revolution can be, to underscore the way in which seemingly disconnected and random threads can tie together in ways that are not immediately obvious.

Andor has established that the Empire is a single overwhelming and oppressive evil, albeit one with many different faces. The show is fascinated with the ways in which fascism and imperialism manifest in various recognizable forms, like many heads on the same hydra. After all, Imperial officers all dress in the same uniforms. Stormtroopers were identical even before it was suggested that they were literal clones. However, the opposition to the Empire is more multifaceted.

“Everyone has their own rebellion,” Vel advises Andor at one point in “The Axe Forgets.” Few of the characters on Andor have a shared lived experience. None of these people are in positions where they can comfortably talk about their histories and find common ground. This is perhaps why those who oppose the Empire lack a common identity. In “Aldhani,” Andor speculates that Luthen must be a member of “Alliance, Sep, Guerrilla, Partisan Front,” rhyming off names of various factions.

Certainly, everybody on Andor has their own unique experience of the Empire’s oppression. Lieutenant Gorn (Sule Rimi) fell in love with a local woman on Aldhani, an affair that undermined his career. Arvel Skeen (Ebon Moss-Bachrach) had a brother that he lost to suicide, after the Empire wiped out centuries of the family’s pepper trees. Karis Nemik (Alex Lawther) is a true believer whose ideology is rooted in the manifestos that he writes about the pursuit of “freedom.”

The Empire’s oppression is pervasive. In “The Axe Forgets,” Gorn is confronted with the casual racism of his subordinates. “Not too many ’Dhanis here to worry about anymore though, eh?” opines Corporal Kimzi (Nick Blood). “Still enough to smell ’em, right? Can you imagine this place with a couple thousand of them?” In “Aldhani,” Major Partagaz (Anton Lesser) makes casual reference to the “unfair” double standards facing Meero as a woman in a military environment.

Indeed, “The Axe Forgets” implies that Meero might be the perfect officer to identify this emerging revolutionary sentiment because some part of her recognizes the experiences of these victims. “It’s too spread out to be organized,” she remarks of the reported incidents. However, she also sees something she recognizes in the randomness. “I know this. If I was them, this is how I’d do it. I’d spread it out. Never climb the same fence twice.” She has certainly thought about it.

This fragmented experience is one of the challenges facing any group attempting to organize in opposition to tyranny. There are various competing agendas and identities at play, and trust is difficult without any common ground. This almost tears Vel’s group apart. “He won’t say why he’s here, where he’s from,” Skeen protests of Andor. “He won’t say what he believes in.” Of course, this is before Skeen has told the story of his own rebellion to Andor.

“The Axe Forgets” implies that these experiences are not as scattered and distinct as they might seem. Early in the episode, “The Axe Forgets” cuts across three disparate storylines separated by immeasurable distances over a single breakfast: Mon Mothma and her family, Syril and his mother, Vel and her cell. Breakfast itself can be a varied experience, from cereal with blue milk to disgusting dray milk, but it is also a universal constant. People are more connected than they think.

“They’ve built a lot of cages, huh?” Skeen asks Andor, and “The Axe Forgets” suggests that these cages can be oddly personalized. Syril is dominated by his mother. Mon Mothma is not only afraid of being exposed, but trapped in a loveless marriage. Indeed, one of director Susanna White’s more inspired choices is to make the scenes with Syril and Mon Mothma seem more claustrophobic and paranoid than those on the seemingly high-stakes mission. At least Vel is free, in some sense.

“The Axe Forgets” ponders whether the experience of oppression is enough in itself to create a common cause. Andor seems to be positioning itself as something of an origin story for the Rebel Alliance. Just as the show is fascinated by what makes the Empire an empire, it appears to be engaging with what it means for the Alliance to be an alliance. What does it take to make these disparate views align? Is suffering enough glue to hold these different perspectives together?

For the moment, hatred is all that these would-be rebels have. When asked what he stands for, Andor responds, “I know what I’m against. Everything else can wait.” In the quote that gives the episode its title, taken from an old Ndebele proverb, Skeen warns Andor, “The axe forgets, but the tree remembers. Now it’s our turn to do the chopping.” As Maarva Andor (Fiona Shaw) suggested in the third episode, that is the sound of a long overdue “reckoning.”

At the moment, as the show’s structure underscores, these are all separate stories and disconnected lives. They are varying experiences of the same overwhelming oppression. It’s an interesting statement on what it means to stand up to tyranny and fascism, which has the luxury of a single inescapable point of view. There’s a compelling humanism at play in “The Axe Forgets,” which suggests that there’s hope these disparate narratives might yet find a common cause. 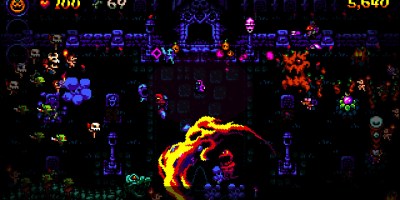 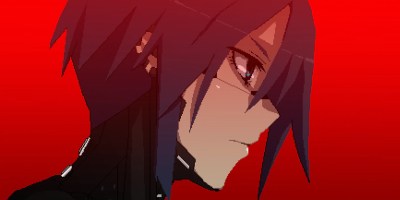