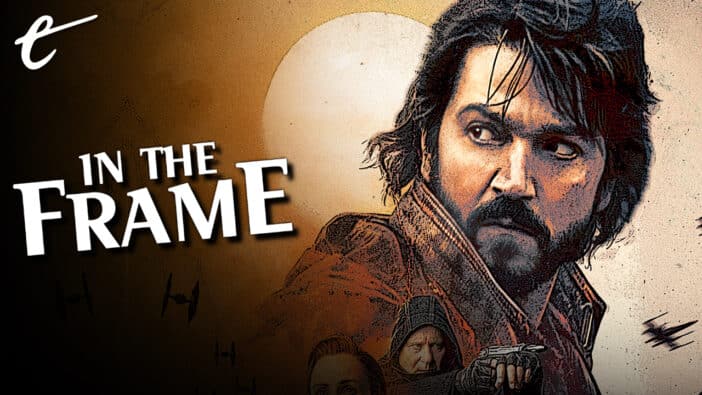 This discussion of the “for adults” or “family-friendly” nature of Andor contains spoilers for “Episode 1.”

Andor arrived on Disney+ this week, and it’s pretty good. However, the show has sparked predictable debates about who exactly Andor is supposed to be “for.”

At The Ringer, Ben Lindbergh argued that Andor was the first Star Wars series “that’s definitively not for kids.” At Vulture, Roxana Hadadi acknowledged that “a certain subset of the fault-finding Star Wars faithful” would contend that Rogue One, the film that spawned Andor, was “for franchise fans who subconsciously hate themselves for liking a pop-culture property intended for children.” Even showrunner Tony Gilroy conceded, “I don’t think it’s a show for 9-year-olds, probably.”

To start with, it is worth interrogating the idea that Andor is “adult,” whatever that may mean. Critics might point to highly publicized elements, such as the use of swear words, the level of violence, or the fact that the opening episode features a sequence in what is heavily implied on-screen (and has been confirmed off-screen) to be a brothel. Taken together, these aspects of the show are enough to stoke a moral panic and some good old-fashioned pearl-clutching.

Except… not really. To start with the most salacious point, the brothel is never confirmed as such within the text of the episode. Any viewer who already knows about sex work will understand the subtext of the scene, but it’s less explicit than Jabba the Hutt stripping Leia (Carrie Fisher) and placing her in a bikini on the end of the chain in Return of Jedi or even the implication that Lando (Donald Glover) has regular sexual intercourse with droids in Solo.

Similarly, while it is fair to acknowledge Alex Ferns is something of a profane pioneer, delivering both “happy fucking Halloween” to the Caped Crusader (Robert Pattinson) and saying the first “shit” in the Star Wars canon this year, that sort of language isn’t enough to render Andor primarily appropriate for adults. PG-13 movies like Iron Man 2 and The Fast and the Furious can contain multiple instances of the word “fuck” in a non-sexual context. Even lovable android Data (Brent Spiner) got to say “shit” in Star Trek: Generations.

Then there is the violence. The opening sequence of Andor features the title character (Diego Luna) killing two corporate enforcement officers (Stephen Wight and Lee Boardman). The first death is an accident during a struggle, but the second is an execution. It’s a shocking moment, but it’s also not too far removed from the introduction of Han Solo (Harrison Ford) shooting Greedo (Larry Ward) at a bar table in Star Wars, even if the scene was eventually altered to present it as self-defense.

More to the point, none of this is outside the realm of four-quadrant blockbusters. Faces melted off in Raiders of the Lost Ark. In the sequel, Indiana Jones and the Temple of Doom, the villainous Mola Ram (Amrish Puri) rips his victims’ beating hearts from their chests, which may explain why that movie led to the creation of the PG-13 rating. There have always been moral panics over what is allowed in PG-13 movies, from Red Dawn to Gremlins to Batman Returns, but the rating endures.

Even in modern entertainment, there doesn’t seem to be anything in Andor that wouldn’t be tolerated in the family-friendly Marvel Cinematic Universe. The opening episode of She-Hulk has an extended conversation about whether Steve Rogers (Chris Evans) died a virgin. In The Avengers, Loki (Tom Hiddleston) calls Black Widow (Scarlett Johansson) a “mewling quim.” In Avengers: Age of Ultron, Tony Stark (Robert Downey Jr.) quips about reintroducing “prima nocta” in Asgard.

If anything, Andor is considerably more tactful and thoughtful in its handling of sexuality and violence. However, these specific accusations may conceal a more fundamental criticism. Perhaps critics consider Andor to be more “adult” in its themes and its narrative. After all, this is a show about a violent revolutionary who is taking up arms against his imperialist oppressor. This is a tale exploring what it means to stand against fascism, and the morality isn’t always clear.

Of course, this is what Star Wars has always been. The original film was conceived as a metaphor for the Vietnam War, with the Rebel Alliance standing in for the Viet Cong. The original Star Wars is the story of a young farmer (Mark Hamill) who is radicalized when his family is burned alive by an imperialist aggressor, with imagery that directly evoked images from Vietnam. Both Rogue One and Andor simply update that subtext for the era of the War on Terror.

However, it is important to stress that Andor is not Beasts of No Nation, any more than Star Wars was Apocalypse Now. These are still family-friendly fantasies, even if they resonate with larger ideas and echo unsettling events. Less than 10 minutes into the premiere, there’s a sequence of a computer-animated street dog urinating on an adorable robot named B2EMO (Dave Chapman). This isn’t a work of biting social realism. Andor is a show that is designed for families to watch together.

As such, the weird moral panic over Andor is interesting, both in what it says about the current state of the entertainment industry and the attitudes people have towards children. In terms of the larger industry, it says a lot about the state of modern media that viewers can watch Andor and think that it is an “adult” television show. It perhaps says more about the people making that accusation than it does about Andor itself.

There is a lot of hyperbole about the perceived death of “movies for grown-ups,” even if the box office performance of movies like The Northman and Three Thousand Years of Longing demonstrates that such concern is not misplaced. However, there is no denying that modern pop culture is largely dominated by media that is aimed at audiences of all ages rather than specifically at adults. It is impossible to imagine a movie like The Godfather topping the annual box office today.

In 1979, the top 15 films at the domestic box office included challenging adult works like Apocalypse Now, 10, and All That Jazz. In recent years, it seems like audiences have lost the ability to even meaningfully talk about movies aimed at adults, as demonstrated by the weird moral panic around something like Andrew Dominik’s Blonde, based largely on rumors and whispers of its content. Attempts to classify Andor as “something for adults” feel like an extension of this.

To be clear, Andor is great. It has things to say. It is the first Star Wars project with an actual viewpoint in almost five years. Adults can and should watch it; they will hopefully enjoy it. However, in terms of content and approach, Andor is worlds removed from actual adult television like The Sopranos, Mad Men, Breaking Bad, The Wire, Better Call Saul, or even Battlestar Galactica. That is not a question of quality; that is just a question of classification.

This gets at the more insidious aspect of the argument that Andor isn’t “for kids.” It reveals a lot about what the adults making these arguments online think about children. After all, moral panics don’t start with the children watching this stuff; they start with adults making assumptions about the children watching this stuff. The implication seems to be that Andor is perhaps too complex or too hefty or too nuanced for children to watch and enjoy. This is, to put it simply, nonsense.

“Kids are not stupid,” Roger Ebert argued in his review of Charlie and the Chocolate Factory. “They are among the sharpest, cleverest, most eagle-eyed creatures on God’s Earth, and very little escapes their notice.” He spoke of the “subtle kind of contempt for a child’s mind” in the panic over the content of children’s films, wondering, “Is that all parents want from kids’ movies? That they not have anything bad in them?” Ebert’s point is truer now than when he wrote it over 50 years ago.

Kids love action and drama. They love movies and shows that don’t condescend to them, that treat them as active viewers rather than passive consumers. Children particularly love the kind of stuff that moral guardians try to keep from them. Christopher Nolan’s Dark Knight trilogy is frequently criticized for being hostile to kids, but those films are an homage to the blockbusters Nolan admired as a child. Of Batman Begins, he stated, “As a kid I would have loved to see a movie like this.”

In reality, it often feels like the adults making these complaints are projecting their own discomfort and preferences onto imaginary children. Much has been written about how modern blockbuster culture has infantalized audiences, but these debates suggest that this infantalization has been internalized. At the risk of being rude, if a viewer thinks that Andor is “for adults,” maybe that audience member might need to broaden their taste and expand their horizons.

There is a lot of amazing family-friendly media that deals with big ideas in challenging ways. Hugo is a magical story of an orphan (Asa Butterfield) who lives in a Paris train station, but his father (Jude Law) burned to death in a museum fire and he ends up exploring the early history of French cinema with Georges Méliès (Ben Kingsley). Is anything in Andor more horrifying than the death of Mufasa (James Earl Jones) in The Lion King or the mother (Paula Winslowe) in Bambi?

Of course, not every parent is going to want their kid to watch Andor, just as plenty of parents might hesitate to let their children see Bambi or The Lion King. This is fair. Being a guardian to a child means being able to properly gauge what each child may or may not be comfortable watching. However, there are also plenty of parents who will be able to sit down with their children and watch Andor and have thoughtful conversations afterwards.

There’s an obvious punchline here that, at the very least, Andor is a better show for family viewing than The Book of Boba Fett or Obi-Wan Kenobi because it is just a better show. Former Doctor Who showrunner Steven Moffat argued that children were a “demanding and complicated” audience, and writing for them was tougher than writing for adults. Andor might maintain a high standard, but it doesn’t look down on its family audience; maybe critics should extend them the same courtesy.