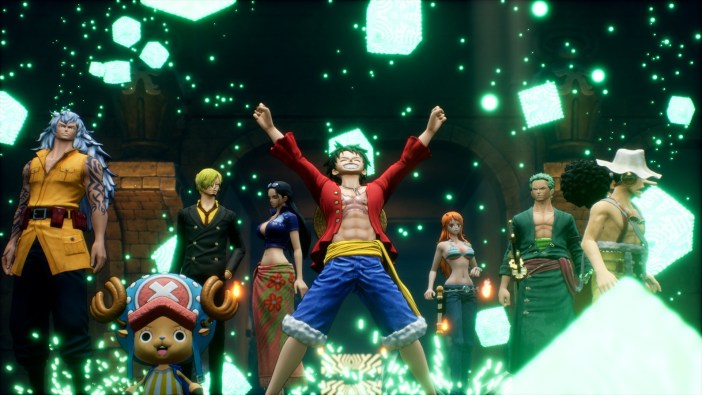 It only takes one look at One Piece Odyssey to be pretty impressed. Certainly, it nails the look of the anime series, which we’re happy about. But all the footage and gameplay Bandai Namco released featured Japanese voice acting. So if you are wondering if there are English dub voice actors in One Piece Odyssey, here’s your answer.

One Piece Games Rarely Get an English Dub, and Odyssey Is No Different

There are some people who, whether you’re talking about live action or animation, view dubs as a mortal sin. As far as we’re concerned, it’s down to the quality of the actors who dub the movie / show. When it comes to One Piece Odyssey, however, there’s currently no dub. So, unless Bandai Namco patches one in post-release — which seems pretty unlikely to happen — you’ll be listening to the Japanese voice track with localized subtitles.

This isn’t a new situation, as One Piece games tend not to be dubbed these days. As noted by the Dubbing Wiki, the last One Piece game with an English-language voice track was One Piece: Unlimited Adventure. It was dubbed by the cast of the Funimation One Piece dub who are, on the whole, superb voice actors. However, they haven’t dubbed any One Piece video games since then.

In an interview about One Piece: Burning Blood, series producer Koji Nakajima and game director Hiroyuki Kaneko stated that “for the voice we are only using Japanese voiceover. The reason is because we want to produce the original atmosphere of the One Piece series.”

The good news is that, like Burning Blood, One Piece Odyssey will feature the voice actors from the original Japanese anime. Luffy, for example, is Mayumi Tanaka, who has voiced the character in over 800 episodes of the series.

However, there are no English dub voice actors in One Piece Odyssey, and we’d be surprised if any future One Piece games had an English dub.