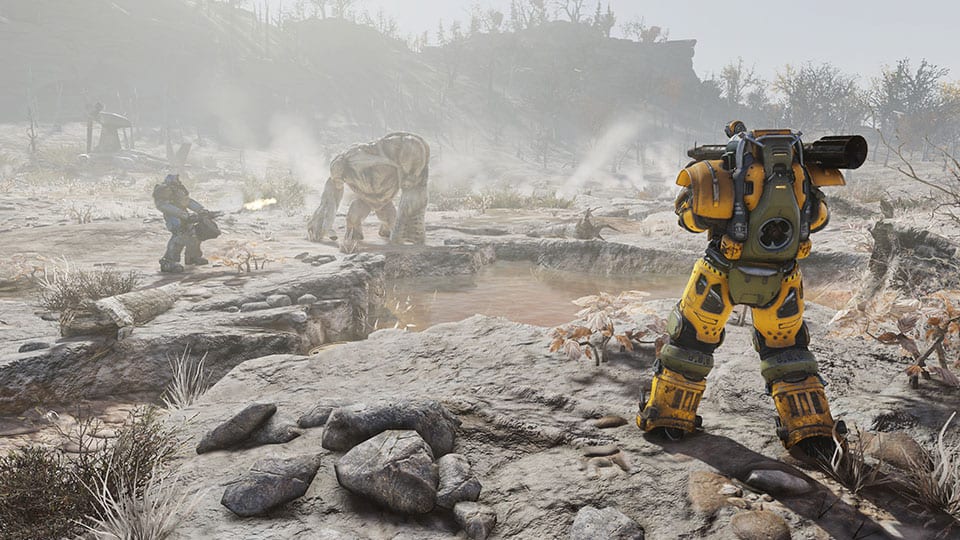 Recently, I’ve been seeing more and more journalists taking umbrage with “armchair devs,” the smug, Steam-forum types who think playing a lot of video games gives them some kind of authoritative insight into game development. The kind of people who insist that adding multiplayer modes to a game is as simple as copying and pasting some code; who refer to any stage of game production as “easy;” who just generally imply that every missing feature, missed goal, or technical shortcoming is a product of “lazy devs” not doing their jobs. The bulk of the pushback against these armchair coders has focused on their preference or disdain for certain game engines.

Complaints about the Unity Engine, for example, are often held up as examples of unwarranted griping from people who don’t actually know the first thing about how game engines work. And it’s true, to a certain extent, that a lot of the complaints about game “engines” are really just complaints about the practices of the developers using them. Unity has a reputation for bad performance because it’s the engine du jour of small teams quickly churning out experimental games, the kind of developers who often don’t have the time or technical skill to optimize their work. There are issues with the Unity engine, but most of these complaints come from people whose experience is strictly on the user end. Put simply, most people bellyaching about engines don’t really know anything about engines.

Skyrim-peddler and Fallout franchise kidnapper Bethesda has long been a favorite whipping boy of the armchair dev collective, and news that the Elder Scrolls developer wouldn’t be abandoning its Creation Engine for next-gen projects caused quite a fuss. This in turn prompted an article from Kotaku’s Jason Schreier on what exactly a game engine is. The piece is informative, and technically right on all counts, but feels wrong-headed from the start. The game’s “engine” might not be to blame, but Fallout 76 still looks and performs poorly. That’s the issue, not the lacking technical lexicon of the customers complaining about it.

Demands for more stringent technical presentation standards have been met with derision from journalist and developer circles alike for years now — one very notable example being game journalist Twitter’s caustic response to frame rate orientated Steam groups. It might be because these people are so easy to make fun of, but it might also be because technical presentation is an area where few journalists seem to be doing their due diligence.

With the exception of Digital Foundry, few media outlets focus on game performance with any depth. Given that we’re now seeing multiple hardware configurations over a console’s lifespan, that information is more important than ever. It’s tempting, in this age of constant patches and updates, to avoid talking about technical issues that will likely be fixed at some nebulous point in the future so that reviews don’t end up outdated. There’s some logic in that, but it also means developers who consistently put out choppy games — and I’m looking at you, Ubisoft, Bethesda, FromSoftware, BioWare, Obsidian Entertainment, etc. — never get called out in the one language that matters to them: review scores. Quite often, technical complaints are brought up by the community, but it’s far too easy to conflate reasonable complaints about performance and visuals with petty nonsense and then smugly imply that perhaps gamers expect too much from the product they just spent the better part of $100 on. It’s harder, but far more useful, to find legitimate complaints and run with them.

It might seem gauche to talk about frame rates or draw distances in your important critical review of art, but how a game runs is often indivisible from how it plays. Avoiding the subject of technical performance is doing your readers a disservice. Secondary performance articles are always good, but I’d like to see the technical aspects of games explored more thoroughly in the body of the meat and potatoes product reviews.

Gaming communities can maintain a sense of perpetual outrage and victimhood like no other, and there’s always someone looking to stoke the fires of grievance with OBJECTIVE TRU FACTS about game performance. You can make a quick buck on YouTube by telling people they’re right to be angry, but at the same time there’s plenty of gamers out there who have legitimate, reasonable complaints about technical shortcoming but lack the technical know-how to explain themselves correctly. Maybe we should try speaking for them.