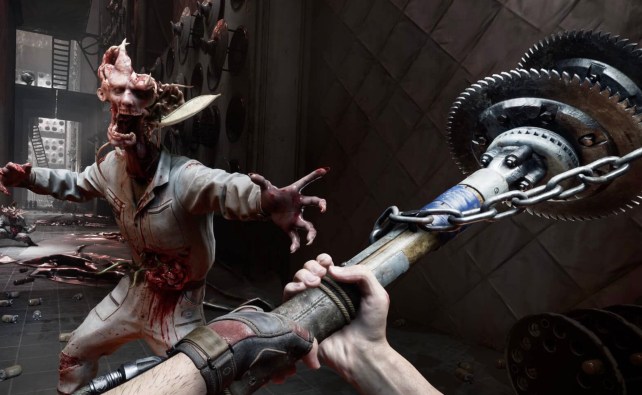 This date was reported first yesterday by WhatIfGaming, citing a reliable anonymous source. For strong additional evidence, Twitter user Idle Sloth noted that the YouTube source code for tomorrow’s trailer contains the same February release date. So, while Mundfish has yet to formally announce the launch date for Atomic Heart, rumors and leaks may have beaten the studio to it.

(FYI) I checked the source code on the youtube page and it looks like February 21st, 2023 is going to be the release date for Atomic Heart https://t.co/R4xaAvDgLU pic.twitter.com/uyrMoCyHMj

Atomic Heart was revealed in 2017 and has had gamers enamored since. This gruesome FPS plops players into an alternate-history version of the Soviet Union with enough sci-fi flavor to make it look like BioShock’s long-lost cousin. The game received a combat trailer this past August that showcased the type of damage you will be able to do. Its release date has been a long time coming, so it will be nice to finally get confirmation from Mundfish tomorrow. Stay tuned to find out if that Atomic Heart February release date is real tomorrow when the trailer finally premieres.