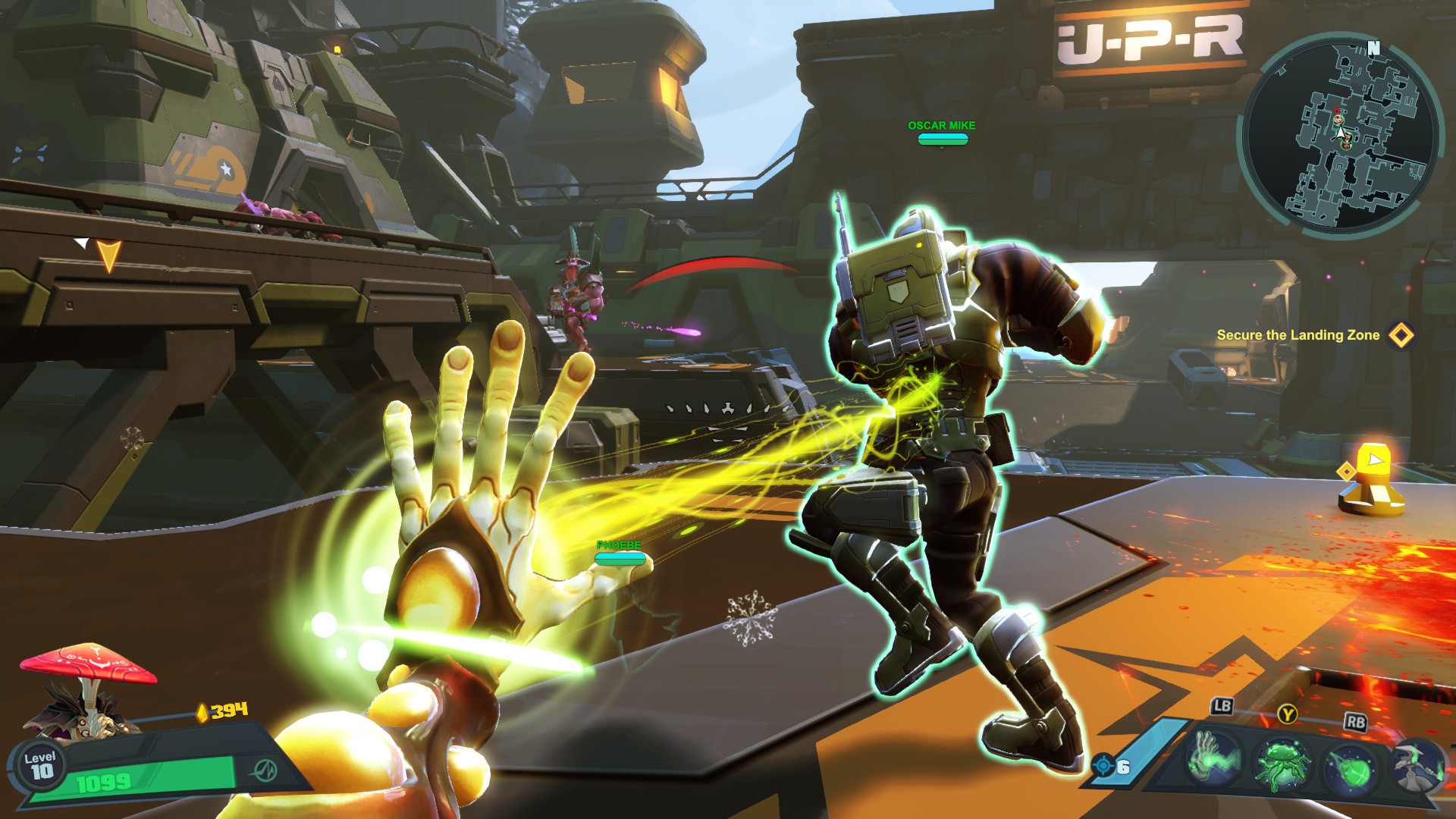 The weirdest Battleborn faction award has to go to the Rogues. These misfits are unpredictable, strange, and follow no clear theme outside of generalized chaos. If you’re all about Chaotic-Neutral, these characters might be up your alley.

Scroll down for our Rogues faction gallery, with a complete overview of each character’s powers, skills, and passives in one image each. Below the gallery, you’ll find biographies detailing backstories and goals that add flavor to the hero’s journey.

The unaffiliated free peoples of Solus, colloquially known as the Rogues: misfits, renegades, and survivalists answering to no one. The Rogues make their home in the Detritus Rings, far from the squabbling of the other factions – but they too will have a part to play in determining the fate of the Last Star.

Unhinged, unpredictable, and feared even by members of her own faction, Orendi channels bursts of chaotic energy to ravage her opponents at incredible speed, and seeks to test herself against the greatest challenges Solus has to offer.

Known as “the Valkyrie”, Reyna Valeria is one of the few Battleborn native to the Solus system, and the ad-hoc leader of the Rogues. Reyna uses her command glove to shield her allies from danger and mark targets for swift retribution.

No bio yet. Check back soon for more info.

Shayne is pretty much what you expect from an angsty teenage girl staring down the end of the universe. She is a Rogue punk that is hanging around the Detritus Ring. Shayne is inadvertently bounded to an energy eating creature named Aurox. He is her companion that demolishes enemies that get too close with his melee strikes. Aurox also functions as Shayne’s shield that protects her. Shayne uses her trusty boomerang to pick off enemies from a distance. These two make an excellent tag team.

Despite his talent for engineering, Toby was rejected as a potential Peacekeeper conscript due to his adorable and diminuitive form. Toby then offered his genius to the Rogues, where he can pour his anxious, self-loathing energy into the construction of walking death machines.