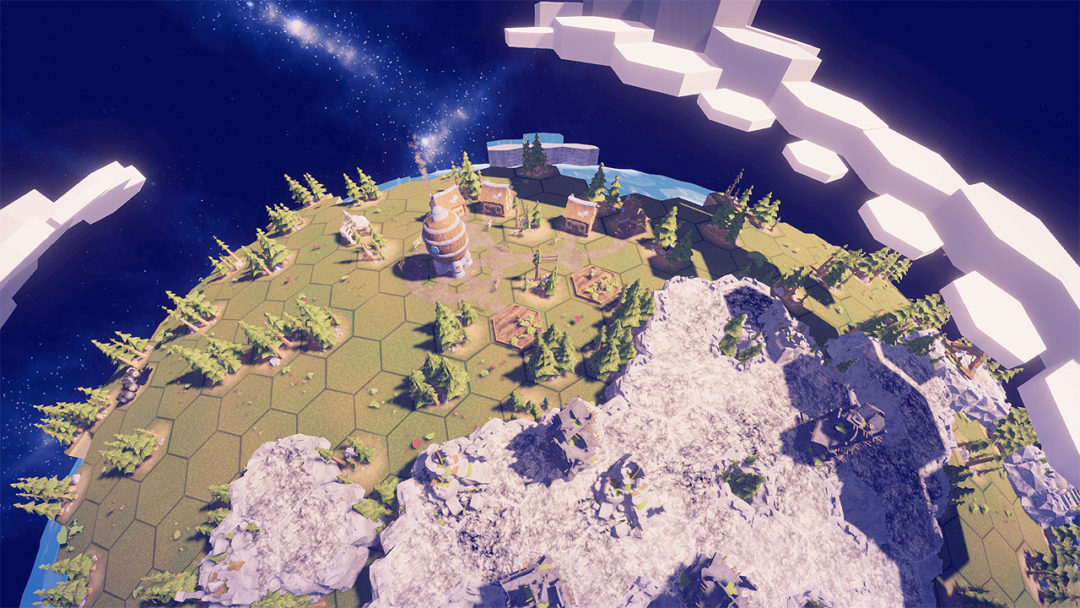 New Zealand-based studio Balancing Monkey Games has announced and released a trailer for Before We Leave.

Described as “a non-violent city building game set in your own cozy corner of the universe,” Before We Leave will combine town management, trade, and exploration, including interplanetary exploration. The game will task players with “rebuilding and rediscovering civilization,” suggesting that despite its rustic, folksy presentation, it will feature a distantly post-apocalyptic setting. The loss of civilization might explain why the game’s spaceships are apparently made of wood, a material modern civilizations recognize as fatally non-spaceworthy.

According to the trailer’s description, Before We Leave will also eventually task players with “fending off hungry space whales,” so hopefully those wooden spaceships have some harpoons on board.

So far, Before We Leave looks like Civilization with a chunky Fisher-Price aesthetic, or Spore without the weird customizable monsters. The game’s announcement trailer depicts a world that rises up from the void as more of it is discovered, Bastion-style.

Anybody curious about this game would do well to check out its official website, where the lead designer has been keeping a blog detailing the game’s progress that stretches back to September 2017.

Before We Leave is expected to release in fall 2019 for PC. A closed alpha will be announced in the game’s Discord.

Tetris Effect Is Dropping into the Epic Games Store Next Week