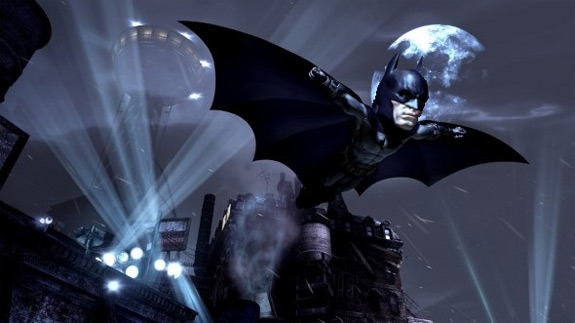 Enjoy the lighter side of the Caped Crusader in Arkham Knight with Big Head Mode. All it takes is a gamepad and quick code input to get a better look at the Bat cast’s balloon-sized noggins. We’ll explain how it’s done, just keep scrolling down for all the info.

Following Origins’ previous inclusion, Batman is back with enlarged head, hands and feet. Applying the code changes every character in the game, so be prepared for awkward Sonic 2006-esque character flailing and grotesque close-ups as the Gothic cast grows to ungainly sizes.

Customize your Batman experience with our Arkham Knight Tweaks Guide, or explore even more references on the Arkham Knight Easter Eggs Guide

To activate Big Head Mode, follow the inputs below while in-game.

To deactivate the cheat, input the code again or restart.

This isn’t Batman’s first rodeo with Big Head Mode. Arkham City had it’s own version of the code. It was only a matter of time before Rocksteady developers felt the need to include this Easter egg.

According to the Giant Bomb Wiki, Big Head Mode has appeared in over 53 games. Though it started with NBA Jam Tournament Mode, it’s often remembered in the iconic N64 shooter Goldeneye — there it was called DK Mode, in reference to Rare’s previous work on the Donkey Kong series. In Goldeneye the big heads came with stretched arms.