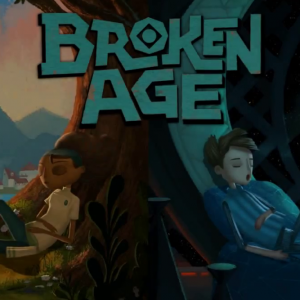 Like a lot of creative endeavors, making games like Broken Age at Double Fine and The Last of Us at Naughty Dog is a series of happy accidents.

If one thing is clear from watching five prominent game desginers talk about story is that none of them are clear as to what the term “story” really means. At the inaugural PlayStation Experience in Las Vegas, most of the panel called “Storytelling in Games: An Ever-Evolving Model” was spent regaling the audience with small anecdotes about dealing with actors in motion capture studios. While interesting, especially to hear Neil Druckman talk about the performance of Ashley Johnson and Troy Baker in The Last of Us, the panel didn’t really go into writing or story at all. Except for Tim Schafer that is.

“That story of Vella was in my head for eight years,” he said. “I was watching King Kong with the woman tied up waiting for the monster to come and take her away. You can’t help but think what you would do in that situation. I wondered what would happen if she would just kick him in the nose. What would happen if you were to be sacrificed, if you chose to fight the monster instead?”

Schafer allowed this concept to percolate in his extremely creative brain until it bumped up against another one. “I also love stories of being isolated with technology,” he said. “Science fiction stories of people being alone on a spaceship, tended by robots. Then I kind of had a flash – these stories could support each other, enhance and interact with each other.” And the result is Broken Age.

Making games is by no means an endeavor accomplished by a single auteur. Schafer was the first to respond to a question about why games like Grim Fandango and Day of the Tentacle were so funny that it had a lot to do with the collaborative nature of the medium. “Everybody adds something to it,” he said. “You write something and you think it’s funny but sometimes you struggle with it until the animators will add a little twitch to the face to make it funny or if it’s a visual gag the artist will add something or sometimes it’s just an audio touch.

“And obviously the actors will add subtlety to bring it to life and make it funnier,” Schafer said.

The performance of the actors is something these game designers lean on to bring their stories ot life, sometimes in ways they didn’t intend. Neil Druckman is known as the lead designer and writer of The Last of Us, and he showed a clip of actors Troy Baker and Ashley Johnson in the mo-cap studio performing a pivotal scene. The script was solid, but the performances felt stilted at first, and Neil said it wasn’t until Johnson physically pushed Baker in the studio in an unscripted moment that the true emotion of the story was revealed.

“That shove. It wasn’t in the script, and it brought new emotions to the scene so that it felt more honest,” Druckman said. “The story took shape and some of the dialogue changed. How they acted the scene took it to this other place that worked much better than anything that was originally written.” 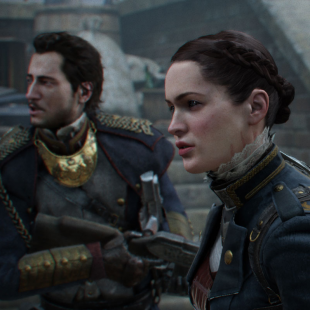 Ru Weerasuriya, one of the lead designers of the forthcoming The Order: 1886 also told a story in which the performances of the actors helped a lot with the organization of a particular scene. He showed us a brief clip of a scene on the airship Agamemnon with several speaking parts that was difficult to organize for the writers. In one moment in the mo-cap studio, an actress moved in front of the camera while a pair of actors were exchanging words. It was a little detail, but one that Weerasuriya said made the scene work much better. Of course, having played through the scene in question during my time with The Order, the moment is nearly imperceptible and doesn’t convey as much emotion, but perhaps the combination of little details like this can add up to a more substantial and subconscious appreciation from the player.

“The key thing is to have really good actors,” said the creative director of Until Dawn. He considers the light gameplay of his branching horror game to be like a boxed set of a TV show in which the characters have long story arcs that get revealed and resolved slowly over the course of the 9 hour game.

The push and pull between areas of a game in which the player has control and those in which they are merely watching a scene is hard to balance. Cinematics can give glimpse into character that gameplay can’t but these designers don’t want to take that much control away. Neil Druckman gave the best explanation for this dichotomy.

“We usually think of using a cutscene as a last resort,” Druckman said. “There are just certain moments that wouldn’t work at all during gameplay. Where you can get closeups to see a certain expression. To catch that, you need to give up control of the camera. By alternating between the two states, when you go back to gameplay after a cinematic and you still have a lot of dialogue, you can picture the nuances of the actors much more clearly.”

All of the designers on the panel repeated that the mechanics and the story are different legs supporting the whole game. You simply can’t have one without the other, and games work best when they both inform each other.

“I think of gameplay and character all as the same thing. They push and pull at each other in a lot of ways, but it’s all part of one puzzle you are trying to solve,” Schafer said. He mentioned how at Double Fine Games when he was making Brutal Legend, the character of Eddie needed a ranged weapon but Schafer didn’t think a gun felt right. “It just didn’t feel metal,” Schafer said. He got some argument from his systems designers because they didn’t think character should impact gameplay so profoundly. Eventually, they settled on using Eddie’s guitar as a ranged weapon instead.

As a corollary, sometimes how you feel mechanically about a character can support the story. Druckman told a story about how in The Last of Us, Ellie originally wasn’t supposed to fire a gun until very late in the story. But the gameplay designers needed her to do so when she was acting as a wingman for the player, supporting the stealth action the game was designed around. She was really useful in the combat and because of that, the player grew attached to Ellie even more. “You missed her when she wasn’t with you,” Druckman said.

The storytelling capacity of video games has progressed a whole heck of a lot from the early days of Donkey Kong and Galaga, and there are even more challenges for a designer to tell grander tales. It was fascinating listening to these designers talk about their craft, and I look forward to seeing them and their colleagues tackle even more challenges in the future.