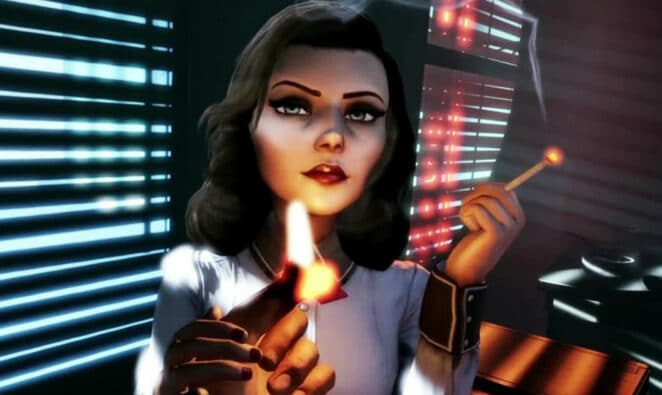 The new game from BioShock creator Ken Levine and his Ghost Story Games development studio may not launch for at least another two years, according to a report from Bloomberg. The yet-to-be-revealed project at Take-Two Interactive is going on eight years in development already, following the shuttering of Levine’s previous studio, Irrational Games, and Ghost Story has reportedly bled talent while struggling to maintain a consistent vision for its game.

Current and former Ghost Story Games employees speaking anonymously place much of the blame for development difficulties on Ken Levine himself, who has reportedly changed his mind about new game features frequently and has ambitions for the title that haven’t always matched the size of the team. The report describes Levine as a “flawed manager who often struggles to communicate his vision and alienates or browbeats subordinates who challenge him or fail to meet expectations.” Along those lines, Mike Snight, one of Ghost Story’s original members, has since left the studio, with at least half of the other founding members having left too.

“When (development) continuously goes in cycles and you don’t align anymore, you kind of get tired of being part of that,” Snight said regarding Levine’s management style. “I wasn’t really happy anymore.”

Ken Levine originally described his new game to colleagues as “narrative Lego,” promising a game that essentially allows players to create and mold a cinematic story to their liking. The plan was to develop it as a sci-fi shooter with this unique narrative structure in mind, placing players on a space station that houses three factions by fall 2017. However, Ghost Story began with only 12 employees and an indie mindset, yet Levine’s ambitions reportedly returned to a massive, BioShock-like scale, pushing for complicated dialogue systems that transform the game experience.

Further complicating development of the new game, Ken Levine would reportedly play popular new titles like Dead Cells and Void Bastards and then direct Ghost Story staff to change course in order to feature similar elements from games he enjoyed. With developers spending months on content only to have it cut due to a change in vision, tensions within Ghost Story increased over time. Release windows have continued to shift, but one employee believes the game is finally on track to release in two more years.

Word of Ghost Story’s struggles should sound all too familiar for fans of Levine’s work. BioShock Infinite, the creator’s final video game at Irrational before Levine shuttered the studio to start Ghost Story Games, went through a similar period of development hell. Though praised by critics and fans alike, BioShock Infinite saw much of its content cut and changed before release.

Meanwhile, Cloud Chamber, another studio under the Take-Two umbrella, is hard at work on the next BioShock game. Reports have stated that the studio is targeting a 2022 release for BioShock 4. Cloud Chamber is likely aware that its BioShock revival will be relentlessly compared to Levine’s next project, but if today’s report is accurate, the next BioShock may have come and gone before we even get to see what new game Ken Levine and Ghost Story are cooking up.