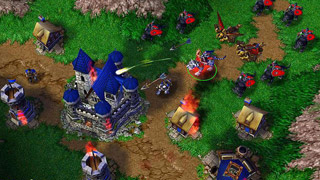 Now you can check out the public test realm for another Blizzard game – and it’s Warcraft 3.

We’re used to seeing announcements for the Overwatch PTR, but how about a public test realm for another, slightly older game? Say, Warcraft 3, for example. That’s what Blizzard revealed this week.

Pete Stillwell of the Blizzard Classic Games team announced in a forum post that the “first official PTR” for Warcraft 3 is now available. You can download the PTR client to test out new map pools for 1v1, 2v2, 3v3, and 4v4 matches, as well as free-for-alls. Even better, there are a number of balance changes available to test right now. Here’s a list:

Also of interest is the news that more updates are in the works. Stilwell writes that, “We are aware Warcraft III matchmaking is a bit long in the tusk; we will be improving matchmaker logic for a future patch.” He also points out that automated tournaments and ladder boards are currently “not functional for PTR,” and that while latency has improved with this new patch, it is “still needs work to meet modern standards.”

While it might be surprising to see a new PTR for a 15-year-old game, the more optimistic among us are likely hoping that this is the first step in a remaster plan similar to the one Blizzard is using for StarCraft.