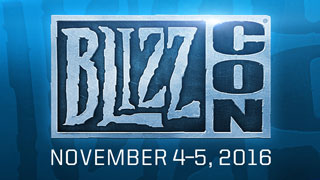 You can watch the opening ceremonies of Blizzcon 2016 live at 2 PM ET today right here.

Blizzcon 2016 is upon us. Blizzard’s annual conference is a weekend full of game announcements, costume contests, and esports action. This year’s installment comes on the heels of the success of World of Warcraft: Legion and the rumors of a possible new Diablo 3 expansion.

If you want to watch the rest of the convention (including the closing concert by “Weird Al” Yankovic, you’ll have to grab a Virtual Ticket. It’ll set you back $40, but at least you’ll get a bunch of in-game goodies with it.