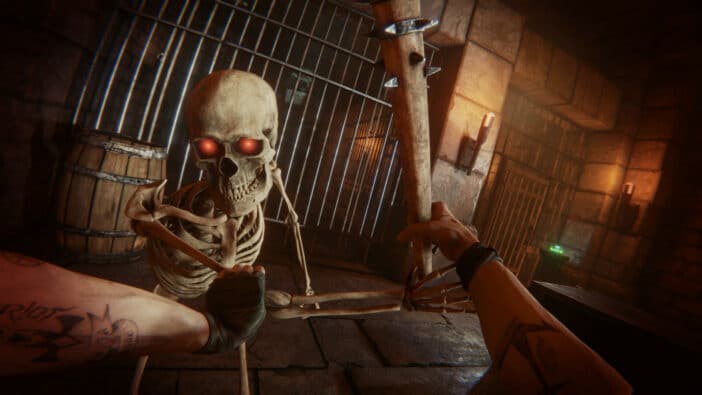 Stress Level Zero has dropped a lengthy release date trailer for Bonelab, which will launch on Thursday, September 29, 2022 for SteamVR and Meta Quest 2. Yes, that means the follow-up to hit VR title Boneworks is less than a week away. As if the release date weren’t already enough, today’s trailer is jam-packed with a little more than four minutes of gameplay that highlight the many, many ways players will be able to use their new tools.

It’s a shock to see a highly anticipated game like this ready to release so soon, but it’s a welcome announcement nonetheless. The game has a short-but-enigmatic description: “Sentenced to death, you embody an outcast escaping fate. Discovering a pathway to a hidden underground research facility. A series of challenging experiments and discoveries await. A road to the truth calls from the void.” See how you can use creativity to swap between characters and take out enemies in the Bonelab release date trailer below.

Boneworks arrived at a time when VR needed an experimental playground to push what was possible with the technology forward. Bonelab is the answer to fans who have wanted more of the physics-based fun Boneworks offered, giving them more polished physics systems and an armory of weapons and tools to utilize through its story. Custom avatar importing, user-generated levels, item collecting, and more will make this an exciting follow-up in just a few days.