Many Dungeon Masters have house rules for giving out bonus rewards. Be it for good roleplaying, coming up with a clever plan, or writing a fantastic character background, the typical reward DMs run with is experience points. After all, that is the core reward mechanism around which the game is structured – and rulebooks across multiple editions even explicitly mention awarding bonus XP. But this concept is fundamentally flawed. There is a better way.

After more than a decade of using XP as my bonus reward system, I can say that doing so works well enough in the short term. People enjoy receiving measurable recognition, and competitiveness will motivate some players to make an extra effort in an attempt to earn that bonus XP.

But therein lies the first problem: power disparity over time. Awarding bonus XP only works if all players receive roughly the same amount of bonus XP over a prolonged period. If, instead, some players earn much more than others, this will ultimately translate into some characters leveling up faster, which creates balance issues and breeds dissatisfaction among the lower-level players, who begin to feel like sidekicks. Suddenly, rather than seeming like you are rewarding players with XP, some players feel as though they are being punished for not being “as good” as the others.

Over the span of two years and dozens of sessions, I saw a disparity of two levels grow between the highest- and lowest-level characters in a party – from bonus XP alone! As I struggled to make combat encounters fun and balanced for all players, I realized that the problem would only get worse with time and implemented a rule that limited how quickly characters can level up. It was a patchwork solution that worked up and until the highest-level players realized that, while they could keep accumulating XP, they couldn’t level up any faster than their companions. The drive to keep earning that bonus XP instantly vanished.

What is XP? It is a quantifiable measure of mechanical power. More XP means more bonuses to rolls, more unlocked abilities and spells, more hit points… Ultimately, more XP means you are better able to overcome challenges by means of game mechanics.

Why do we commonly award bonus XP? For clever ideas and good roleplaying. But what message does that send? “You roleplayed that diplomatic negotiation well! You are now better at killing things.” “What an ingenious plan you came up with! You have now learned a spell that renders that plan redundant.”

The second fundamental problem with awarding XP is that doing so puts the focus on game mechanics, rather than the behavior we actually want to encourage with bonuses. 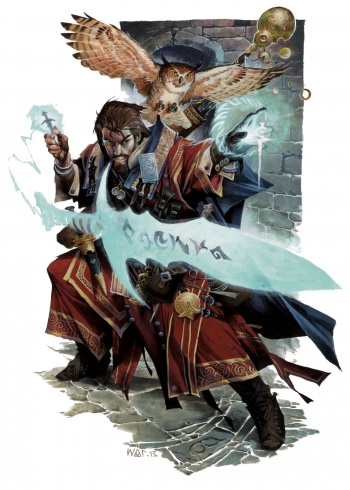 But if not XP, what else can we use as a bonus reward? The reality is that there is no easy answer, because the core rules don’t offer a built-in system to handle this.

The system I adopted is elaborate – too elaborate to fully explain for our purposes today, and more elaborate than a bonus reward system needs to be. But the quick version is that I award bonus points, rather than XP, which can be redeemed in three different ways: on buffs, on magic items, and on allies.

The buffs are randomized bonuses to d20 rolls, be they Strength checks, opportunity attacks, or Heal checks. At the start of a session, players spend points to roll on the random buff table – and people love to roll dice for a chance to win big. The buffs appeal to min/maxers and the mechanically-minded, and last the duration of a single session.

Players can also spend points to increase the likelihood that the next magic item they find will be one from a “wish list” that they can optionally prepare. I’m the type of DM who tailors magic items to be a good fit for characters in order to eliminate any desire to sell them, but there’s a difference between giving a player an item he’ll find useful and giving a player exactly the item he was hoping for. I also seep my magic items in rich lore and give them evocative descriptions to make them even more special and personalized a gift.

The ally system is the most complex, but at its core can be explained as follows: every character has three allies that can be unlocked and leveled up by spending bonus points: a political ally, an information ally, and a combat ally. Every adventure (my adventures last 4-12 sessions), the party can call upon a single ally of each type from within their collective pool. A political ally may be a Duke or a wealthy merchant – someone who can exert power to aid the PCs, such as by lending them a sailing ship or bailing them out of jail. An information ally may be a wizened sage or an informant in the criminal underworld – someone who can offer information that will help the party in its current quest. A combat ally may be a pack of wild wolves that a ranger player befriended, or a group of street thugs that owes the rogue a few favors. Every ally is personalized to the lore of the character in question, comes with tremendous roleplay opportunity, and grants players another way to tie their characters into the game world in a manner that can produce appreciable results.

Of course, this is simply the system I use. What’s important is to find a system that will work for your group. Player preferences quickly emerged with my system – one player exclusively spent his bonus points on allies. Another didn’t let a session go by without rolling on the random buff table. Still another liked to dabble among the three.