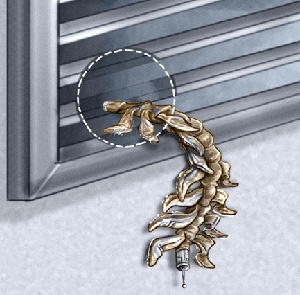 What’s more frightening than robotic death machines intent on enslaving humanity? How about robots that can change shape at will to squeeze into tiny openings?

That seems to be the idea behind the newest robotics program in development at Boston Dynamics. Dubbed “SquishBot,” the U.S. military-funded program hopes to create “a new class of soft, shape-changing robot” able to mimic behaviors seen in animals such as the octopus.

As this footage demonstrates, the octopus’ soft, pliable body allows it to deflate parts of its anatomy at will, turning even the tiniest of holes into a welcoming doorway for the clever cephalopods.

In theory, a SquishBot will be able to perform similar feats owing to “design systems that can transform themselves from hard to soft and from soft to hard, upon command.”

The Boston Dynamics team, which was previously responsible for the ambulatory, DARPA-funded Big Dog robot, is augmented by researchers at the Massachusetts Institute of Technology who specialize in “novel materials and deformable structures.”

I was totally on board with BD creating giant walking pack mules, even if they intended to strap chainguns to their backs, but the idea of robots constructed of “novel materials” that can change shape at will is a bit unnerving.

At least Skynet was polite enough to dress its shape-changing death machines up like Robert Patrick. Not even James Cameron could make the idea of laser-toting worms intent on crawling in all your important holes palatable.