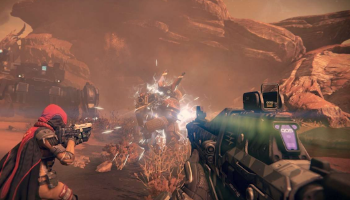 Bungie will ban anyone playing Destiny on a modded console, the developer said in its latest weekly update. This announcement comes after a week of swift bans.

“We routinely review Banhammer actions to ensure that they are applied accurately and fairly,” Bungie stated. “A review of the bans applied over the last week shows that all of the affected accounts had logged into Destiny on a modified console at some point.”

Bungie recommends all players “play nice” and “use the boxes that your favorite retailer ‘gave’ you.”

People can play Destiny on PS3, PS4, Xbox 360, and Xbox One. Videos on YouTube instruct those interested how to apply cheats and mods to their consoles for Destiny, and while Bungie does not note whether it caught people using cheats, instructions for cheats have spread online. Because Destiny is a multiplayer game, mods aren’t always so harmless.

The weekly update also addresses bugs that popped up. Some PS4 users found Destiny reverted to Trial mode, and Xbox One users had to re-download a patch every time they went to play the game. Bungie said the PS4 issue should be fixed, and Xbox One players should use a wired connection when patching, clearing the cache, or uninstall and reinstall the game. The latest The Dark Below expansion also caused some problems addressed here for PlayStation and here for people unable to unlock retail purchases on Xbox.